The relationship between Hunter Harrison and the men and women on the ground floor of the organization was strained at best, according to union leadership within the railroad industry.

Jacksonville-based CSX Corp. announced Saturday that Harrison, 73, died from “sudden unexpected complications from a recent illness.” He took over as CEO in March.

John Wright, speaking for Railroad Workers United, said Harrison “slashed and burned” his way through his nine-month tenure at the Fortune 500 company.

“The guy was a tyrant,” said Wright, who retired from CSX in 2017 after 16 years as a locomotive engineer.

“He took over that company to do nothing but squeeze the life out of it and cut and run,” he said.

Railroad Workers United is a labor caucus advocating for railroad workers from about 13 craft unions.

Wright, the company’s national organizer, said it advocates on issues facing the industry, while individual labor unions focus on matters surrounding their members and relationships with the railroads.

Calls and emails to other unions with agreements with CSX were not returned Monday afternoon.

Bryan Tucker, vice president of corporate communications with CSX, said Monday that Harrison was brought in to transform the organization into one that is more productive, more efficient and delivers value to shareholders.

“We’re going to continue to execute on the plan,” Tucker said.

He did not address directly the ongoing union concerns.

Wright said Harrison’s legacy at CSX includes gutting safety policies that had been in place for years, consolidating equipment, and cutting jobs — in some cases forcing longtime employees out of the company who were uncomfortable with the direction he was taking it.

“In the railroad industry, turnover is almost unheard of for the most part,” said Wright, who  retired two weeks before Harrison took over, citing his own safety concerns under former CEO Michael Ward. “People normally don’t quit those jobs,” he said.

While some of those positions were phased out and consolidated, Wright said internal pressure from Harrison’s executive team and unsatisfactory working environments forced middle-line and regional managers out after decades of service.

Wright said those included a division manager in Louisville, Kentucky, after 40 years with the company.

“You’re taking about someone who oversaw a territory from Toledo, Ohio, to Nashville, Tennessee, and who knew that territory well,” Wright said.

“Then you replace him with someone Hunter Harrison brings in from some outside place, and you wonder why the company has struggled,” he said.

According to Wright, Harrison abolished union safety councils, essentially removing labor from the discussion as the company began revising its safety policies.

“Employees were being told to do things they haven’t done in 15 years,” said Wright. “Things we were told for 15 years were unsafe,” he said.

Wright said that beginning in April and continuing through the summer, Harrison made revisions to CSX’s employee operating manual, superseding previous safety policies, in the name of efficiency.

Wright said he hopes CSX board members realize what Harrison has done when determining his successor.

“If we’re going to have a CEO come in, the culture of the corporation needs to be a serious conversation with labor,” said Wright.  “At least to the point where they let us at the table,” he said. 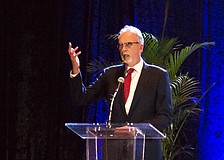 At annual meeting, CSX Corp. says it will put more resources into safety 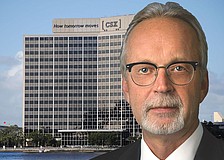 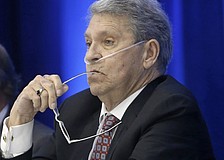 CSX veteran: Board must ‘do their job’ in aftermath of CEO Hunter Harrison's death 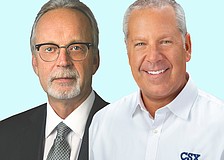 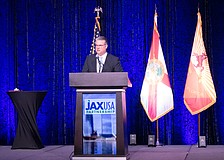