Tenants to be updated ‘with increased frequency’

The landlord of the Wells Fargo Center Downtown notified tenants Monday morning that JEA has restored power to the 37-story tower, where Hurricane Irma floodwaters caused the loss of electricity and functions.

Senior Property Manager Jane Reischman with Banyan Street Capital said Monday she could not provide an update about when tenants could return, but would share information when she could.

Tenants, including several law firms, began looking for temporary space last week after Banyan Street Capital said a disaster recovery team on-site was pumping water out of the basement of the building and the loading dock.

The basement of the 1 Independent Drive building contains the main electrical, life safety, air conditioning, elevator and telecommunications systems, which all were affected by the flooding.

“We have been successful in removing all of the water from both levels of the garage,” said the Monday tenant email.

“JEA has restored power to the building.  Our electricians are working in conjunction with JEA, to make sure the building’s electrical distribution equipment is in good working condition,” it said,

The landlord said its team “is diligently continuing their inspections and restoration work. We expect to see continued progress in the upcoming days and will be updating you with increased frequency as we receive further information.”

The center, north of the riverfront Jacksonville Landing, was closed Sept. 8 in advance of Hurricane Irma, which came through the area Sept. 10-11, causing serious flooding Downtown and elsewhere.

A Sept. 13 letter to tenants from landlord Banyan Street Capital said its team and vendors were working around the clock to get the building back up and running.

Some tenants said Monday they had no more information.

Spokesman Michael Gray with anchor tenant Wells Fargo said the company was exploring temporary space options and had no more information about a time frame for the landlort to reopen the building.

Spokeswoman Misty Skipper with Gate Petroleum Co., owner of The River Club at the top of the tower, said she did not have an update. 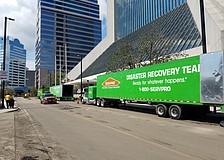 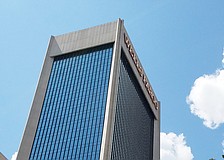 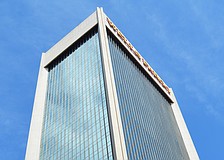 Wells Fargo Center to reopen 'in the coming days' 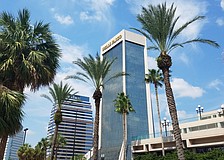 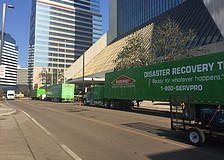