The state Supreme Court accepted jurisdiction Thursday in a dispute over whether Gov. Rick Scott has the authority to appoint a replacement for a 4th Judicial Circuit judge who resigned before his term expired, rather than put the seat up for election.

In a 4-3 decision, the court agreed to hear David P. Trotti v. Rick Scott and scheduled 20-minute oral arguments for each party at 9 a.m. Oct. 2.

The dispute began when Circuit Judge Robert Foster tendered his resignation to Scott on April 2, before the qualifying period for the Nov. 6 general election began. He resigned effective Dec. 31, four business days before his term in office was to expire on Jan. 7.

Foster is ineligible to retain his seat because he has reached the mandatory retirement age for judges.

Trotti submitted his name and qualifying fee to the state Department of Elections, but his name was removed from the ballot when the department was notified by the governor's office that Foster would be replaced by appointment.

Trotti sought an injunction to prevent Scott from appointing Foster's replacement, which was granted by the 2nd Circuit Court in Tallahassee. Scott's office challenged the ruling in the 1st District Court of Appeal, which ruled that Scott has the authority to appoint Foster's replacement.

Scott announced his intention to appoint Duval County Judge Lester Bass, one of the nominees presented by the commission.

Trotti then petitioned the Supreme Court to stay the appellate court's ruling and to hear the case.

Scott contends that his acceptance of Foster's resignation before the election qualifying period began created a vacancy that should be filled by appointment.

Trotti's position is that the seat should be filled by election, just as it would have had Foster served out his term and retired on Jan. 7. 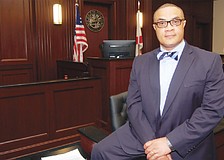 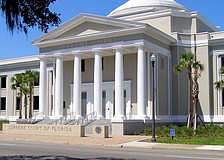 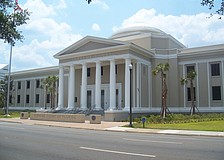 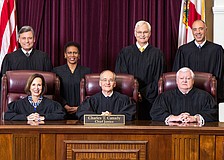 Deciding not to decide: The battle over a judicial appointment 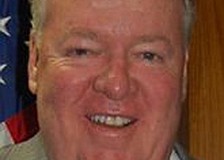