The Marbut Report: Freed to Run campaign raises more than $300,000

Proceeds from the event, which includes a 125 percent match from Baptist Health Foundation, will capitalize a perpetual endowment for the partnership, which JALA operates in partnership with Wolfson Children’s Hospital, Nemours Specialty Care of Jacksonville, UF Health Specialty Pediatric Clinics and Community PedsCare, a pediatric hospice program of Community Hospice & Palliative Care.

The health care providers refer pediatric patients and their families to JALA, which provides legal assistance with matters such as access to medical benefits, safe housing and patient-specific education needs.

This year, 17 teams each ran a single marathon alongside Freed.

In addition to the teams that each made donations, local businesses sponsored the event.

Elite Parking Services provided a shuttle bus and driver that transported runners from Jacksonville to the start of each day’s marathon and back to Jacksonville.

Donations may still be made at jaxlegalaid.org/freedtorundonate/

One of the Jacksonville Bar Association’s longest-running traditions was renewed and another was inaugurated last week with the common theme of spreading the holiday spirit to Jacksonville’s low-income seniors.

More than 250 clients of the Meals on Wheels program received holiday gifts they requested through the annual Holiday Project.

Seniors submitted wish lists that were fulfilled by JBA members and their law firms who purchased and wrapped the items requested.

While most of the gift boxes and bags were delivered personally by the donors, on Dec. 13 volunteers from the Jacksonville Sheriff’s Office helped deliver some of the packages in a countywide coordinated effort.

In partnership with the Jacksonville Women Lawyers Association, about 250 gifts — costume jewelry for the women and neckties for the men — were wrapped and presented to residents at the Cathedral Towers senior supportive living facility.

In addition to the gifts, Flower and a group of JWLA members brought snacks, hot chocolate and cake provided with a grant from The Florida Bar Young Lawyers Division.

Tanner remaining on TFB board

With no contenders filed as of the Monday deadline, Tanner Bishop partner Michael Tanner will be re-elected in March to serve another two-year term on The Florida Bar board of governors.

He was elected to the board in 2011 and is chair of the Legislation Committee.

‘Justice’ declared Word of the Year

Online dictionary merriam-webster.com declared “justice” its 2018 Word of the Year, based on inquiries.

Merriam-Webster attributes the spike in interest, in part, to “justice” being so prevalent in news reports, including the Department of Justice investigations into alleged Russian collusion in the 2016 presidential election.

Another definition for “justice,” a title for “judge,” often was used in connection with the confirmation hearing for Supreme Court Justice Brett Kavanaugh. 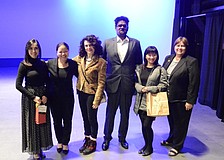 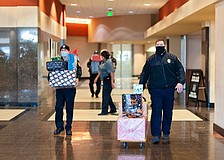 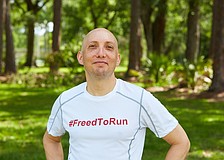 The Marbut Report: Freed to Run 2.0 begins Sunday in Tallahassee 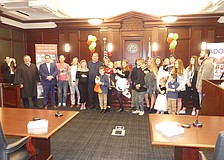 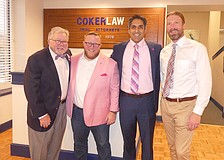