Fast-food chain with seven locations in Duval County says it plans to open four more in 2019.

More Checkers drive-thru fast food restaurants are coming to Jacksonville as part of the brand’s push into the Northeast Florida market.

Tampa-based Checkers & Rally's Restaurants, Inc. plans to open at least four Jacksonville locations in 2019, according to the company’s director of franchise development.

Robert Bhagwandat said Friday the company is under capacity in Jacksonville, with just seven locations.

“We don’t have nearly as many restaurants as we would like to have in Jacksonville, but the ones that are there are performing very well for us,” he said.

Bhagwandat said Jacksonville can handle about 25 restaurants, a number the company plans to pursue over the next decade.

He said those locations will use the company’s prefabricated modular restaurant format.

The buildings comprise four pieces and are built in Ormond Beach.

“It saves our franchisees about eight to 10 weeks of job site work, labor and other costs so they can get open quicker and have less overhead,” he said.

While the company offers six store formats, the prefabricated structures are easier to build and install, “especially in certain parts of the country where it can be a major headache to build,” said Bhagwandat.

The lower cost, he said, also puts the franchisee in a better financial position in the first year of operation.

Each restaurant employs 26 to 30 workers.

The company currently operates 873 Checkers and Rally’s locations in 28 states and the District of Columbia.

Bhagwandat said two are owned by a franchisee and five are run by the corporate office.

The franchisee, Karen and Richard Webber, are developing a third restaurant this year.

“We’re also entertaining three other franchise groups that have not been approved just yet,” he said.

Bhagwandat said new franchisees can be approved in less than 90 days.

Identifying and purchasing real estate, construction, hiring and training for a restaurant takes nearly a year.

Bhagwandat declined to pinpoint what locations the chain is seeking.

“I can say we’re looking at building around the Interstate 295 beltway, the Beaches and the Northwest quadrant,” he said. “Those seem to be the hot areas according to our research.”

While Checkers predominantly is found on the East Coast, consumers in California and the Midwest are more familiar with Rally’s.

According to the Checkers franchise website, each restaurant comes with a $30,000 franchise fee. Royalty fees are 4 percent of net annual sales with another 4.5 percent going to advertising.

Bhagwandat said the company hasn’t given Jacksonville enough attention over the last decade as it focused more of its efforts in central and South Florida.

“Jacksonville is a wide-open market for us,” he said. “South and Central Florida is already flooded with stores.”

The push to build more restaurants in Jacksonville is being driven by increased sales at the existing locations, he said.

“Our current stores are really taking off,” he said. “Customers are gravitating toward the brand because we offer high-quality food and fast service.”

“One of the things customers appreciate about us is we’re not trying to be something we’re not,” he said.

“We’re not shy about it, we are a guilty indulgence and a lot of people crave that at different times of the day.” 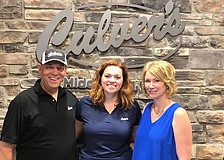 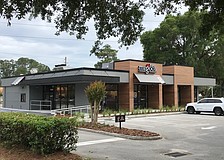 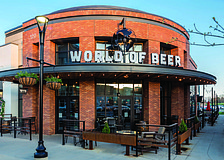 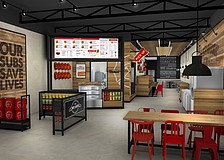 Why Firehouse Subs was positioned well for pandemic 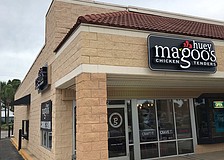