Atypical of such gentrification, though, is the widely diverse demographic nature of Springfield’s newer residents.

In early December there was an official tapping of a new craft beer at Hyperion Brewery, named in honor of a homebuilding company and fellow Springfield business, TerraWise Homes.

They are two of several businesses in Springfield that have gambled on the renaissance of the neighborhood just north of Downtown. The sampling served as an example of the camaraderie between businesses and residents in that vital formula required for sustainable community rebirth.

“Terra-Weisse” was introduced at a private tasting for TerraWise staff, then was the main attraction during the event for members of the NEFAR Historic Realtors Council that followed.

Weisse is a cloudy, sour beer of lower alcohol content. It is a regional variation on a white beer style that originated in Northern Germany around the 16th century.

What the two have in common is a commitment to the latest effort to revitalize Springfield.

They are contributors to the organic momentum that by all appearances is approaching critical mass necessary to propel itself forward at an exponentially increasing pace.

Founded in 1869, Springfield is Florida’s largest designated historic district. A century after it began, the urban middle class that populated Springfield began migrating toward the suburbs, leaving behind the inevitable neglect and decay.

There have been efforts to revitalize the community, the most recent thwarted by the Great Recession. But visionaries such as TerraWise, which is building its line of energy-efficient and net-zero energy homes there; Southern Moss Realty; and new consumer-oriented businesses including Hyperion, Social Grounds Coffee and Crispy’s restaurant — to name a few — have served as a catalyst to attract residents and entrepreneurs alike.

That the neighborhood is only a few blocks from the Downtown urban core is a positive for revitalization efforts along the banks of the river.

“We have so many nice restaurants here now, we don’t have to leave Springfield to go to lunch,” says TerraWise Homes President Melody Shacter.

Or for dinner. Or for coffee. Or for entertainment, such as monthly live music at Klutho Park and the annual PorchFest, a community celebration of the front porch lifestyle.

Atypical of such gentrification, though, is the widely diverse demographic nature of Springfield’s newer residents.

“We have young couples or young people right out of college buying homes. We have families with young children, families with teenage children, we have retired couples,” says Shacter, who along with and husband, CEO and Chairman David Shacter, founded TerraWise in 2013.

“We are seeing everything, which I think lends itself to what is really wonderful about this community. You have people of all economic levels, all kinds of backgrounds, all colors. When I look at Springfield, I really see a melting pot of the city,”  she says.

Contributing greatly to the influx into Springfield, according to Shacter, are the rising prices of homes in other urban neighborhoods such as San Marco and Riverside. As they are pushed out by shrinking affordability, some who prefer an urban lifestyle are turning to Springfield as an option.

Those with preconceived notions of what Springfield is, however, might be surprised by the increasing property values there. New homes built by TerraWise, for example, start in the low $200,000s.

The company also is building a custom contemporary home at more than three times that price. With several lots under development, it has built, sold and is currently building some 45 homes in all. Shacter says there are plenty of empty lots available to keep TerraWise busy.

Like other entrepreneurs in the neighborhood, the Shacters rolled the dice when they launched their company in 2013. TerraWise builds elsewhere, but its business model is deeply rooted in Springfield. It began when the family attended the annual Christmas home tour there.

To get started, they had to go it alone.

“We came down and we were really taken by what we saw here,” Shacter says. “We started by buying four lots on Liberty Street … and went to our banker who we were with when we had Harmony Homes (which they sold to Drees Homes in 2006) and they wouldn't lend us a dime to build in Springfield even though we had a very good history with the bank. They didn’t trust what was going on in Springfield, so we just did it out of pocket. We started to build our model and sold our first house before we really broke ground,” she says.

Leaders interested in the revitalization of Downtown can look a few blocks north at the organic movement in Springfield, a historic neighborhood that has the potential to make history again.

“It seems like this comeback has a little more legs under it than in the past, and I think that's because it's not primarily being driven by any one thing or another,” says Shacter. “It’s multifaceted. Not only do you have housing revitalization, but you also have businesses, and that makes all the difference in the world because they are supporting one another.”

It doesn’t work any other way. 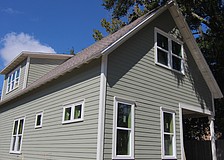 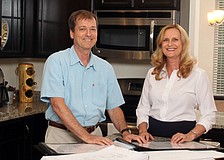 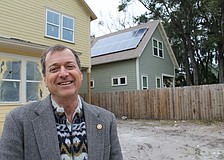 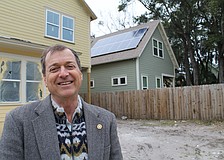 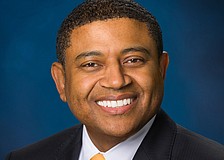