Project Empire, a national distributor of household goods, needs a 1 million-square-foot warehouse and distribution facility and targeted about 80 acres at AllianceFlorida at Cecil Commerce Center.

The company has not commented about the project, but has been posting job openings in Jacksonville for a “Large Parcel Home Delivery Operation.”

Legislation calls for Empire to invest $50 million in real estate and $22 million for machinery, equipment, furniture and fixtures.

The city requires a minimum $40 million capital investment in the project site by Dec. 31, 2020.

Hillwood would pay the city $9,517 an acre for the wooded land for an estimated $757,569, according to the legislation.

Empire, through a lease with the project property owner, will pay the cost of constructing and developing the improvements, states the economic development agreement.

Empire would create up to 250 full-time jobs paying an average $33,000 a year, plus benefits, by Dec. 31, 2021. The company would hire logisticians, warehouse receiving and shipping personnel, forklift operators, truck drivers and support staff.

The city bill, Resolution 2018-663, proposes to offer a Recaptured Enhanced Value Grant valued at 50 percent of the net increase in real and tangible property taxes based on the $72 million capital investment for the first 10 years after completion of the facility.

The grant is worth $3.3 million over the decade.

Hillwood is working on plans for two 1.5 million-square-foot warehouses at Cecil Commerce Center – one along 103rd Street next to Amazon.com and another nearby along POW-MIA Memorial Parkway, formerly known as New World Avenue.

Hillwood Senior Vice President Dan Tatsch has not commented about the identity of prospects.

He said previously that Hillwood was preparing the sites to make them ready for future development should a prospect choose them.

Tatsch said land is prepared to accommodate the largest building possible in case a prospect needed it. It’s easier to seek later approvals for a smaller building rather than a larger one.

Hillwood has the right to prepare a site at AllianceFlorida for development before buying the site from the city.

The legislative fact sheet said Project Empire is evaluating Jacksonville, along with sites in Georgia and South Carolina, for a center to serve its customers in the Southeastern U.S.

A decision is expected “later this year.”

The legislation requests a fast-track process of two readings rather than three through the council. The project summary says Empire stated the financial incentive is a material factor in its decision to develop the logistics, warehouse and distribution center in Jacksonville.

Because the average proposed wages do not meet the requirements of the city’s Public Investment Policy, which states that wages must be greater than or equal to 100 percent of the state of Florida average wage, the project seeks a waiver.

Project Glass, introduced in Resolution 2018-662, is an established company that makes home improvement products and seeks to lease about 65,000 square feet of space in an existing facility in Northwest Jacksonville.

Glass seeks a location in the Southeastern U.S. to make and distribute its products. It does not have a manufacturing facility on the East Coast.

It would invest $7 million to renovate space and buy the equipment and tangible personal property for use at the parcel. The capital investment would pay for manufacturing, equipment, furniture and real estate purchases and improvements.

It would create 135 jobs by year-end 2023 at an average annual salary of $46,472. Jobs are described as “various manufacturing positions.”

The QTI award is payable after the average wage and jobs are created and verified by the Florida Department of Economic Opportunity over the proposed eight-year payout, beginning in 2020, according to a legislative fact sheet.

Glass states the incentive is a material factor in its decision to expand in Jacksonville and it requests a two-passage reading in council.

The resolutions will be introduced Tuesday to council. 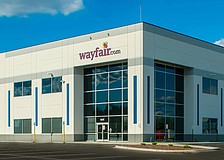 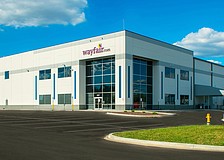 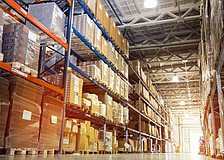 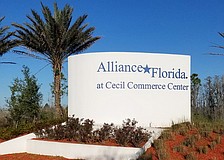 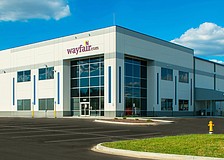