Election 2018: 12 constitutional amendments on the ballot

In addition to a full slate of offices up for midterm election, voters will find proposed constitutional amendments on the ballot.

To become part of the state constitution, a proposal must receive at least 60 percent of the vote.

Amendments 1, 2 and 5 were placed on the ballot by the Legislature and 3 and 4 by citizen initiative.

The remaining amendments are placed on the ballot by the Florida Constitution Revision Commission. The commission “grouped” some of the proposals, meaning that in some cases, voters will be asked to approve or reject multiple proposals in batches.

Amendment 8, which is related to charter schools, school board term limits and civics education, was challenged in court and removed from the ballot because the court found its language was misleading.

Here’s a look at what’s being proposed:

If approved, this amendment would raise the portion of a home’s value that can be exempted from nonschool property taxes. The Legislature voted to refer the exemption to the ballot in 2017, and the proposed changes would apply to the assessed value of a homestead property between $100,000 and $125,000, raising the maximum exemption to $75,000.

This amendment would make permanent an existing cap on nonhomestead property assessments. Such property tax assessment increases have been limited to 10 percent of the previous year’s assessed value since 2008, when another constitutional amendment that capped the increases passed.

Voter Control of Gambling in Florida

This is a citizen-initiated amendment that would give voters the sole right to decide whether to expand casino gambling in Florida. That authority currently rests with both the Legislature and voters, through constitutional amendment.

Another petition-drive amendment, this would restore voting rights to former felons if they have served their sentence, with the exception of those who were convicted of crimes such as murder or sex offenses. For the past seven years, the state has required that ex-felons wait at least five years after their sentences are complete to apply to regain voting rights. The current process can take a decade or more because of a requirement that the state Clemency Board consider each request during its four meetings a year. If approved, about 1.5 million people in Florida could be affected.

This amendment would require a two-thirds super-majority vote in the Legislature to impose, approve or raise state taxes and fees.

This amendment links three proposals that create a bill of rights for crime victims and sets new criteria for judges. The bill of rights is modeled after “Marsy’s Law” that was enacted in California. The other proposals in the group would increase the mandatory retirement age for judges to 75 from 70 and also would bar judges from deferring to administrative agencies’ interpretations of a rule or statute when ruling in cases involving those laws.

This amendment would provide state college tuition for the survivors of first responders and military members killed on duty, require university trustees to agree by a two-thirds majority to raise college fees (not including tuition) and establish the state college system in the Florida Constitution.

This combined amendment would impose a ban on oil and gas drilling in state-owned waters along with a proposal to add the use of electronic cigarettes to the ban on smoking indoors.

This amendment links four proposals: Have the state’s legislative session start in January rather than March in even-numbered years (the legislature currently changes its dates by statute); create a counterterrorism office; make the state Veterans Affairs Department constitutionally required; and require the five county-level offices to be elected in all counties, comprising tax collector, property appraiser, supervisor of elections, clerk of circuit court and sheriff.

This is a proposal to remove a provision that prohibits “aliens ineligible for citizenship” from owning property, delete language approving a high-speed rail system and remove the state’s Savings Clause, which prohibits retroactively applying the amendment of a criminal statute to sentencing for a crime committed before the change.

Lobbying and Abuse of Office by Public Officers

This is a stand-alone proposal that would prohibit public officials from lobbying during their term in office and for six years after leaving office, and restrict current public officers from using their office for personal gain.

Also a single proposal, it would end by 2020 commercial dog racing involving wagering.

The state Supreme Court on Oct. 15 affirmed the decision of the circuit court granting summary judgment in favor of the League of Women Voters and enjoining Kenneth Detzner, secretary of the Florida Department of State, from placing proposed Amendment 8 on the ballot for the Nov. 6 general election.
The Supreme Court upheld the lower court’s ruling that the ballot language was defective.
The revision at issue sought to revise Article IX, Section 4(b) of the Florida Constitution and allow the authorization of new charter schools to be assigned to any of a variety of potential public or private entities, rather than district school boards.
Currently, school boards operate, control and supervise free public schools within each school district and determine the rate of school district taxes.
The circuit court concluded that both the ballot text and summary failed to inform voters of the chief purpose and effect of the proposal and that the ballot summary was misleading.
The Supreme Court affirmed, holding that the ballot summary failed to inform voters of the revision’s true meaning and ramifications, and therefore, the ballot language was clearly defective. 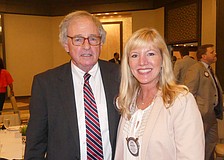 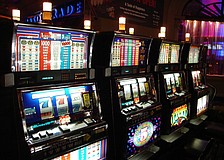 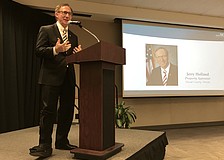