Shareholders will be able to ask questions in advance and in real time during the meeting May 3.

Jacksonville shareholders of CSX Corp. often don’t have an opportunity to question the railroad company’s top management, because the company has a habit of moving its annual meeting to different cities every year.

However, Jacksonville-based CSX says it is giving all shareholders equal access this year by holding a virtual annual shareholders meeting – that is, the meeting will be held only through a webcast.

“The CSX annual meeting will be conducted in a virtual format to provide the opportunity for full and equal participation by all shareholders, from any location around the world, while substantially reducing the costs associated with hosting an in-person meeting,” the company said in an emailed statement in response to questions about the decision.

CSX held its 2018 meeting in May at the Prime Osborn Convention Center, but that was the first time since 2004 that its annual meeting had been held in Jacksonville.

In its proxy statement filed Friday with the Securities and Exchange Commission, CSX said shareholders will be able to submit questions in advance to management and the board of directors and also submit them in real time during the meeting May 3.

The online meeting will not be accessible to the general public. Participants will need to submit a 16-digit control number that will be sent to shareholders. A normal shareholder meeting also is inaccessible to the public, because big companies like CSX restrict access to noninvestors.

Not everyone agrees that a virtual meeting provides better access. The Council of Institutional Investors, a nonprofit association of asset managers and asset owners, opposes the idea.

“CII and many large U.S. asset owners believe that virtual technology should be used as a supplement to in-person meetings, not a substitute,” Amy Borrus, deputy director of the council, said by email.

Borrus cited an example of one CII member who was able to ask a question in person at an annual meeting and then meet with the chairman after the meeting to resolve the issue.

“He told me: ‘When you go in person and professionally present (a proposal), you make a connection, the directors see you don’t have horns.’ Working out a deal would not be possible at a virtual-only meeting,” she said.

That’s not the only issue of concern to CII. While companies promise shareholder access to the virtual meeting, Borrus said the format allows companies to “cherry-pick” which questions they want to answer and avoid participation by stockholders considered “troublesome.”

The number of virtual shareholder meetings by U.S. public companies grew 20 percent to 285 last year and is expected to reach 350 this year, she said, citing data from Broadridge Financial Solutions Inc.

“The annual shareholder meeting is the one time of the year that shareholders have to meet with and question the directors who they elect to represent them,” Borrus said.

“It is not too much to ask directors to show up in person and face their shareholders.”

“Management is responding to PSD2 in a very offensive way,” he said.

“By acquiring WP, we see FIS in the early stages of eventually operating a global, modern, real-time payments platform that will be of significant benefit to the company’s financial institution and merchant clients (both existing, and future) over time.”

Wedbush Securities analyst Moshe Katri, who already had an “outperform” rating, said in a Friday research note that FIS was added to the “Wedbush Best Ideas List.” He raised his price target from $110 to $140.

SunTrust Robinson Humphrey analyst Andrew Jeffrey also thinks the merger makes strategic sense, but he cut his rating on FIS from “buy” to “hold” and lowered his price target $120 to $113.

“We believe Fidelity has coveted exposure to the relatively faster growing Merchant Processing industry. In this regard, we assert acquiring Worldpay makes sense,” Jeffrey said in his report.

“Although we see the strategic rationale for acquiring Worldpay, we contend Fidelity is paying at best a fair price and must generate meaningful rev synergies to achieve its long-term organic top-line goals,” he said.

FIS and Worldpay combined produced $12.3 billion in revenue last year, so the merged FIS would surpass CSX as the largest Jacksonville-based company.

Fiala, a board member since 1997 who served as president from 1999 to 2009, will not stand for re-election to Regency’s board at its annual shareholders meeting (a live meeting) May 7.

While Fiala is leaving, the Jacksonville-based shopping center developer said two new directors were nominated for election, which will increase the size of the board from 11 to 12 members.

“Each will bring valuable technology expertise coupled with other highly relevant perspectives on the retail industry, which will enhance our ability to ensure our strategy remains relevant in the ever-changing world of retail real estate,” CEO Hap Stein said in a news release.

Community First, which was launched in 1935 as the Duval County Teachers Credit Union, serves residents in 17 Florida counties with 19 branches.

Sales for the Jacksonville-based manufacturer of balers used for recycling and waste disposal dropped 38 percent to $2.47 million.

International Baler said in its quarterly report filed with the SEC that the decline in sales resulted from lower shipments of auto-tie balers than in the first quarter of fiscal 2018.

Nexstar is divesting stations as part of a planned merger with Tribune Media Co. Tegna said its deal with Nexstar is contingent on the closing of the Nexstar-Tribune merger later this year. 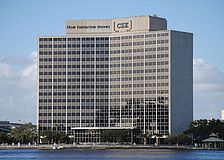 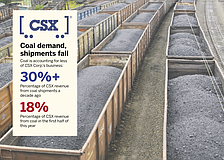 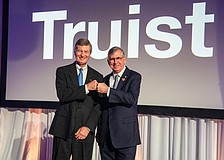 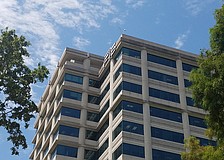 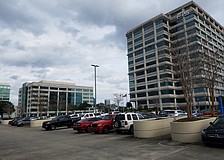