The city is reviewing development plans.

The city is reviewing civil engineering plans for the proposed 133-unit Park Place at San Marco apartments at 2137 Hendricks Ave. in San Marco.

South Jacksonville Presbyterian Church Inc. submitted plans July 17 for the 2.87-acre property it owns on the block between Hendricks Avenue to the west, Mango Place to the east, Alford Place to the north and Mitchell Avenue to the south.

Plans show the demolition of buildings on the property, leaving the main sanctuary building. The four-story apartment building is planned to the north and a two-story, three-level parking garage with 271 auto and four motorcycle parking spaces is to the south.

Matthew’s Restaurant, at the northwest portion of the block, is not part of the project.

Church leadership said the development will cushion its financial needs and allow it to remain in San Marco.

City Council approved a small-scale land use amendment and rezoning for the project Feb. 25.

Controversy over the project’s height brought out neighborhood residents both for and against the development.

The civil engineer for the project is Jacksonville-based Envision Design & Engineering. 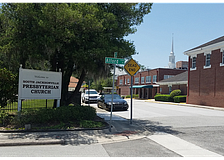 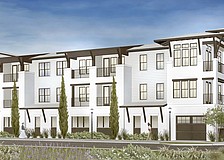 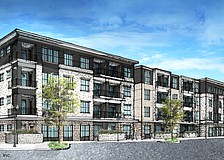 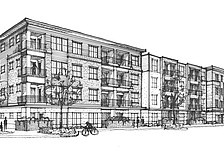 Changes made to Park Place at San Marco apartment project 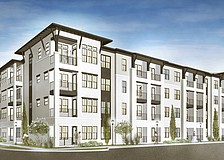