More than a champion for women

By Fraz Ahmed, JBA board of governors

The moment I heard that U.S. Supreme Court Justice Ruth Bader Ginsburg had passed away, I was devastated.

Not for myself, but for my wife, Lindsay. I knew Lindsay would be heartbroken. She’s an amazing lawyer, but an even better mother, and she idolized Justice Ginsburg, plain and simple.

Ever since I met Lindsay in law school, she loved Justice Ginsburg as a champion for women’s rights. However, this obsession had gotten progressively more formidable with the birth of our two warrior daughters, Salem and Silas.

All of a sudden, we had T-shirts, we had books, we had placards with “when there are nine” emblazoned on them. My toddler daughters have been ingrained with feminist ideals since conception.

I didn’t know I was an active contributor to those ideals until the death of this truly amazing jurist.

Lindsay has many mentors and people who have influenced her, but Justice Ginsburg was a different force who had a different effect. Before her death, I never fully grasped why.

Part of it, I think, is because like most fans of Justice Ginsburg, Lindsay never met her. She never even saw her in person, yet Justice Ginsburg’s words, her philosophy and her influence has moved, inspired and pushed Lindsay to be a stronger lawyer, a better mother and a more powerful advocate. I know she is not alone.

After Justice Ginsburg’s passing, many of our friends and family expressed their grief on social media, group messages and phone calls. I was supportive and sympathetic, but I began to take a closer look as to why so many people felt as though they lost a family member.

It is true that women all over the country and even the world are heartbroken over the loss of this hero for women, especially at such a bizarre and difficult time in our country’s history.

The prospect of this legendary trailblazer being replaced by someone with openly contradictory beliefs can be distressing for many people.

The truth is that it is so much more than that. After I dug deeper, framing Justice Ginsburg as only a hero for women is doing a gross disservice to her true life’s purpose.

Men have lost a hero as well. Men should be equally as devastated. We should not mourn her simply out of respect and love for the women in our lives who adored her, but because Justice Ginsburg stood up for what she believed in, she defied social norms and she dedicated her life to the fight for a more equitable society for all people.

As an attorney, Justice Ginsburg successfully argued before the U.S. Supreme Court on behalf of a man who was denied Social Security benefits after his wife died giving birth to their child. Those benefits had previously only been given to women whose husbands had passed. Why should it be different for men?

Many of the cases which Justice Ginsburg argued involved sex discrimination against men, not women. As a Supreme Court justice, she fought tirelessly for the rights of same-sex couples to marry.

Lindsay always refers to Justice Ginsburg as “The Notorious RBG” and she has a T-shirt to prove it.

I never asked nor understood why. To me, that name is reserved for an original and talented rap artist from Brooklyn who died too young and too soon.

It turns out that Justice Ginsburg’s fans gave her that moniker after she wrote a blistering dissent when the majority of the Supreme Court decided to weaken the Voting Rights Act. Justice Ginsburg wrote that removing restrictions on states that had previously discriminated against black voters “is like throwing away your umbrella in a rainstorm because you’re not getting wet.”

Men can and should mourn the loss of Justice Ruth Bader Ginsburg. She is not just a hero for women, she also has inspired generations of men because she tirelessly fought to make their lives better. She fought to make this country better for everyone and, for that, her life and her work should be celebrated. 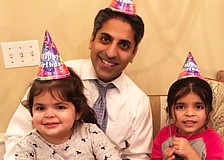 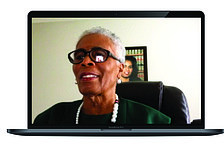