Stand tall or lay low: Talking politics in the office

With the country so divided, a look a strategies to maintain unity and prevent strained relationships.

“Divide and rule, a sound motto. Unite and lead, a better one.”

Legal office dynamics can be complicated. Attorneys and their staff are sophisticated, complex individuals and developing positive interoffice relationships is a science difficult to master.

A hotly contested election combined with nonstop political discourse is a recipe for disaster.

The current political climate has become increasingly volatile and has no doubt strained relationships between individuals across the country.

In a society fully immersed in social media, broadcast and print news, it is easy to be captivated by the chaos and drawn into the debate.

Like everything else in 2020, the presidential campaign was like no other. Republican candidate President Donald Trump and Democrat candidate Joe Biden stood as polar opposites to a divided and troubled nation, making the election a consistently hot topic no matter the venue.

Now that the election is over, it is important for us to reflect on how, going forward, we can balance some of our strong political opinions with the professionalism necessary in the law office setting.

With the country so divided, how do attorneys often working in close quarter offices learn to navigate politics within the workplace? How does one maintain a political backbone in a corporate environment that requires fluidity, flexibility, and acceptance?

The answer is not easy. Unity is essential within the workplace in order to foster teamwork and success. As Plato said, “Is there anything worse for a state than to be split and disunited? Or anything better than cohesion and unity?”

Like going on a first date, talking politics in the office can be a tenuous process, requiring you to feel out the environment and test the waters to find where you fit in with co-workers, superiors and subordinates.

It is easy to see how political discussion can quickly take a turn for the worse, creating cliques, alienating employees, causing division and suppressing the individual’s political voice.

Many employers and employees choose to avoid the topic altogether, opting to remain politically neutral within the workplace.

Indeed, neutrality may be a good option for those working in a politically diverse office. While it is frowned upon to discriminate based on political affiliation, it is not a legally protected class and voicing your political preference may put a young lawyer’s job security at risk.

Moreover, when a superior voices their political affiliations it can create an atmosphere that subjects subordinate employees to blind agreement for fear of affecting their rise within the office. For many, the solution may be to lay low and leave political discussion out of the workplace.

Those working within the legal field often greatly value politics, and for attorneys, the same topics discussed in the political arena may directly impact their work.

After all, lawyers argue the laws passed by the legislature and ruled upon by the judiciary. A legal career often goes hand in hand with a political one, and many aspiring politicians start their careers as attorneys.

Discussing political issues, when done responsibly, may foster debate and build close office relationships that result in increased loyalty to the company.

Promoting a free exchange of ideas and open communication in an office setting often leads to exceptional results. Moreover, employees may find significant value in their workday with like-minded individuals striving toward a common goal.

While political discussion can create division, it also can be an asset to a company if conducted in a reasonable and mature manner.

Keeping political commentary to a minimum may be the safest route for some. However, many prefer to work at a company based on its political affiliation and find added meaning in their work through this alliance.

If the 2020 election cycle has taught us anything, whether you are vocal or more reserved with your beliefs, we all must keep in mind that not everyone feels as we do.

The choice to be politically vocal remains a personal one, and requires analysis based on the individual, as well as the specific office environment and makeup.

Stand tall or lay low, the choice is yours to make. 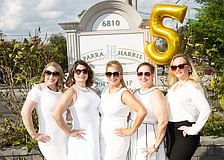 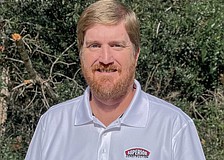 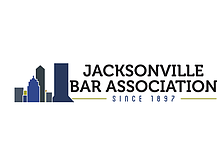 From the JBA: Florida Bar Board of Governors convene in Amelia Island 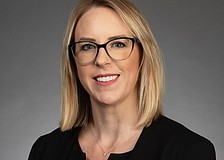 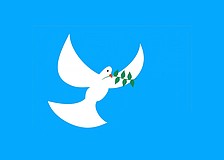 From the President: Lawyers must be peacemakers