The utility’s board of directors also will consider $11 million in property purchases to expand wastewater and electric system infrastructure.

According to documents in the board’s Jan. 27 meeting packet, the board also could consider nearly $11 million in property purchases to expand its electric system infrastructure in southeast Jacksonville and support a new wastewater treatment plant north of Jacksonville International Airport.

The city Office of Economic Development approached JEA in May and JAXUSA Partnership approached it in July about the availability of 16 acres, according to an interoffice memorandum from utility CEO Jay Stowe. JAXUSA is the economic development division of JAX Chamber.

The memo mentions plans by project developer SunCap Property Group to invest in the FedEx facility that JEA documents say would create an estimated 145 jobs in three years.

JEA records did not say if SunCap plans to expand the distribution center building or if the investment will focus on the paved infrastructure.

The city Public Affairs Office did not immediately respond Jan. 27 to questions about the project.

JEA owns a 306-acre multiuse parcel at Cecil Commerce Center at the end of Waterworks Street.

The property was appraised at $1.742 million, according to JEA.

Stowe’s memo says JEA staff recommends the board waive a provision in its real estate procurement rules to allow direct negotiations with SunCap.

The document classifies the parcel as surplus property and says redevelopment would improve JEA’s access to its property by extending Waterworks Street.

“While the City of Jacksonville maintains land holdings in partnership with a master developer within the Cecil Commerce Center, utilizing the JEA parcel would allow 16 acres of City-owned lands to remain available for future commercial/industrial development,” the memo states.

Dallas-based Hillwood is the city’s master developer at Cecil Commerce Center and has a profit-sharing agreement with the city for real estate transactions at the site.

The board also will weigh buying two parcels to respond to increased demand on its electric and wastewater systems.

JEA plans to build a larger electric substation northwest of Mayo Clinic’s San Pablo campus if the board approves a $5.25 million, 10.5-acre land purchase for the facility.

The hospital system is building a 146,000-square-foot, six-story addition and making other renovations to its 4500 San Pablo Road S. campus.

According to the memo, JEA reached a deal with land owned by Estuary LLC to buy the property for $5.25 million.

The land is next to a JEA utility corridor, making the new substation easier to integrate into the electric grid, according to board documents.

Stowe’s memo says the land was appraised at $5.48 million, and JEA has found no issues with the land in its due diligence work

“The new substation will allow JEA to link this part of the service territory to the Greenland Energy Center once the necessary property rights for a connecting corridor have been secured,” the memo states.

JEA staff recommended the board approve the land purchase for $5.733 million. The utility’s appraisal values the land at $5.94 million, board documents state.

Stowe says in his memo that the wastewater treatment facility will be built in a “largely underserved” area of JEA’s territory and also would be suitable for a future electric substation.

The board is scheduled to consider the three property transactions in separate votes. The meeting begins at 9 a.m. and can be viewed virtually at https://jea.com/liveboardmeeting. 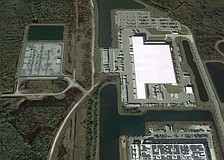 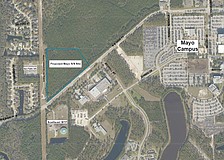 JEA board approves $11 million in property purchases to expand infrastructure 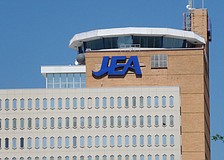