The company’s roots trace to American Body Armor & Equipment Inc., which was founded in 1969 in Yulee.

You probably never heard of Cadre Holdings Inc. before it filed for an initial public offering last week.

It’s understandable. The company only took on the Cadre name in May, according to state records.

However, Cadre’s business is well known in the Northeast Florida community.

Its roots go back more than a half-century to a Yulee-based bulletproof vest-maker called American Body Armor & Equipment Inc.

Going back a quarter century, it transformed into a major defense contractor called Armor Holdings.

Now the investor who built Armor Holdings and led it to a $4.5 billion sale in 2007 is intending to take a slice of the business public again.

Cadre is a Jacksonville-based company that makes safety and survivability products for the law enforcement, first responder and military markets.

The business has been operating mainly under the name Safariland since former Armor CEO Warren Kanders led an investment group that bought it from BAE Systems Inc. in 2012.

Kanders controls 93% of Cadre’s stock and will continue to control a majority after the IPO, but the company’s July 12 filing with the Securities and Exchange Commission did not give more details about the pending stock sale.

Cadre has been built on a number of acquisitions but it basically can be traced back to American Body Armor, which was founded in 1969.

With its stock price depressed by the bankruptcy, Kanders in 1996 bought out the two largest post-bankruptcy shareholders of the company, Clark-Schwebel Fiberglass Corp. and Hexcel Corp, giving him 66% of the stock.

After gaining control with designs on expanding the company’s scope beyond bulletproof vests, its name was changed to Armor Holdings.

Armor moved from Yulee to a new facility at Jacksonville International Tradeport in 1997, the same building that now is Cadre’s headquarters.

The company expanded into new lines of business with several acquisitions, including a company that provided armor used for Humvees used by the U.S. military.

When those vehicles became widely used in the Iraq war starting in 2003, Armor Holdings became known as a major military contractor.

So, Kanders bought back that business from BAE for $124 million in 2012. He began expanding the business again with 12 acquisitions from 2012 to 2017, according to Cadre’s IPO filing.

Besides its Jacksonville operations, Cadre has facilities in five other U.S. cities and in three Canadian locations, one in Mexico, two in the United Kingdom and one in Lithuania.

Cadre had revenue of $110.5 million and net income of $6.9 million in the first quarter this year.

Cadre is the fifth company headquartered in the Jacksonville area to attempt an IPO this year, and the results have been mixed.

However, Winn-Dixie parent Southeastern Grocers Inc. and specialty insurer Fortegra Group Inc. both pulled their IPOs off the market before they were scheduled to begin trading.

Cadre expects to list its shares on the New York Stock Exchange under the ticker “CDRE.” No date has been listed for when the offering will reach the market.

The operator of 159 grocery stores in 22 states filed plans July 16 for an IPO.

Fresh Market is headquartered in North Carolina but Florida is its biggest market with 46 stores, including five in the Jacksonville area.

The company was run by former Winn-Dixie Stores Inc. executive Larry Appel but he left as CEO on March 1, 2020. The company did not say why he left and the IPO filing said it reached a separation agreement with Appel but did not say more.

Apollo Funds, which acquired control of Fresh Market in 2016, will continue to own more than 50% of the stock after the IPO.

Appel’s successor as CEO, Jason Potter, said in a letter to potential shareholders in the IPO filing the stock sale “will allow us significant flexibility in funding our strategy, including allowing us to refinance a significant portion of our debt.”

Fresh Market reported $1.9 billion in sales in the fiscal year ended Jan. 31, with comparable store sales jumping by 22.3% as customers bought more groceries to eat at home during the pandemic.

Parent company Delta Apparel Inc. said it is opening two Salt Life stores in Myrtle Beach, South Carolina, and Galveston, Texas, which will bring the chain to 13 stores. It expects to open five additional stores in 2022.

Greenville, South Carolina-based Delta bought the brand it says was “founded in 2003 by four avid watermen from Jacksonville Beach” for $37 million in 2013.

Delta does not own the three Salt Life Food Shack restaurants in the Jacksonville area.

The company said the lifestyle brand was reporting annual sales of $20 million when it bought Salt Life in 2013.

The filing follows a July 7 announcement that Copenhagen-based Novo Holdings A/S acquired a minority stake in the company from Francisco Partners.

The company did not announce terms of the Novo deal and the SEC filing does not say if the $452 million represents only the stock bought by Novo.

Its other investors include health insurance companies Guidewell, Anthem and Humana.

It was an unusual announcement because publicly traded Margo last filed financial reports with the SEC in 2009, and that filing was its results for the third quarter of 2006.

The company announced in 2008 it was deregistering its stock and would suspend its SEC filings because it had fewer than 300 shareholders.

However, the stock still is listed in the OTC market under the ticker symbol “MRGO.” 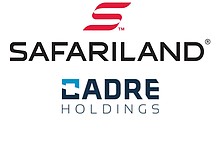 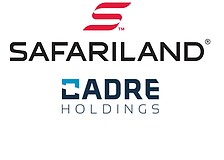 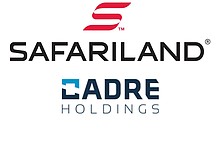 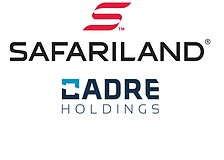 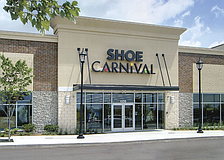