The fully occupied structures, totaling 335,000 square feet, are in South and West Jacksonville.

The Easton Group announced June 10 it and Rialto Capital formed a joint venture to pay $38 million for a 335,000-square-foot portfolio of light industrial real estate primarily in South Jacksonville and West Jacksonville.

The deeds were executed June 6 and recorded June 8 with the Duval County Clerk of Court. The deeds show eight buildings were sold.

• $9.5 million for 7380 Philips Highway from West Phillips Center LLC. The four buildings were developed in 1997.

First-Citizens Bank & Trust Co. issued a $26.5 million mortgage, according to the Duval County Clerk of Courts.

The Easton Group is a family-owned commercial real estate firm with three generations of Eastons working in the business, the release said. 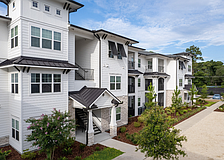 Top commercial sales of the week 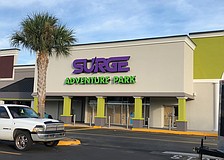