The Jacksonville community banking veteran is part of a group that includes Trump associates Ben Carson and William Shine in creating a national digital institution.

Bennett Brown knows a lot about growing a new bank.

Now Brown is part of a high-powered group taking over an old community bank in Oklahoma with plans to turn the small institution into a national digital bank.

Brown will become senior regulatory officer of the institution, which will be renamed Old Glory Bank.

He will remain in Jacksonville but oversee operations of the bank, which will continue to be headquartered in Oklahoma and offer its services nationwide through the internet.

“We think the potential here is phenomenal,” Brown said.

The organizers say Old Glory Bank will target customers who are underserved by other banks.

“Old Glory Bank will serve lower- and middle-income Americans and those Americans that other banks have marginalized and ignored, hard-working patriots who keep this country running every day,” co-founder and board member Ben Carson said in a news release.

Carson is the former U.S. Secretary of Housing and Urban Development under President Donald Trump.

Carson is not the only Trump administration official on the board. Executive Chairman William Shine is a former White House deputy chief of staff for communications, as well as former co-president of Fox News.

The group is buying a bank called First State Bank of Elmore City, which was founded in 1903. It expects to close on the sale Nov. 30 and begin offering its digital banking services as Old Glory Bank in early 2023.

Although it will seek customers nationally, Brown said the bank’s mission will stay close to his roots.

“We have a community bank mindset,” he said.

“This is a long-term play that takes technology to a community bank.”

Brown has run several community banks in Jacksonville, including two he co-founded: Enterprise National Bank of Jacksonville in 1987 and American Enterprise Bank of Florida in 2004. Both banks were eventually acquired by bigger institutions.

First State Bank has only one office in Oklahoma and has no immediate plans to open brick-and-mortar branches as it serves customers online.

“We have to wait and see how it unfolds,” Brown said.

However, it has long-range plans to open loan offices in Jacksonville and Atlanta in its fourth year of operations, he said.

Brown began his career as a bank examiner with the U.S. Office of Comptroller of the Currency in 1970, before he joined Florida National Bank in 1977.

He said Old Glory Bank “will be my number seven” bank he’s worked for, and he is optimistic it will be another successful venture.

“I’m just fortunate again to be with a phenomenal group of people,” he said. 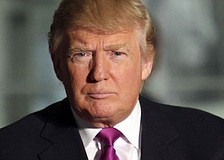 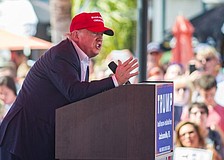 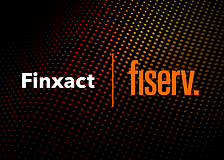 Fiserv to acquire Jacksonville-based Finxact for about $650 million