After The Wall Street Journal reported the company is considering a sale, a spokeswoman for Southeastern Grocers Inc. said Nov. 18 the company does not comment on market rumors.

The Journal, citing “people familiar with the matter,” reported Nov. 17 the company is talking to prospective buyers.

“We do not comment on market rumors,” Southeastern spokeswoman Meredith Hurley said in an emailed statement Nov. 18.

“With that said, we are always reviewing ways to enhance shareholder value, and to the extent that credible strategic or other shareholder value enhancing transactions emerge, we have an obligation to consider them,” she said.

Southeastern has been owned by a group of investment firms since emerging from a prepackaged Chapter 11 bankruptcy reorganization in 2018.

The company filed plans for an initial public offering in 2020 but pulled the IPO off the market in January 2021 and has not refiled for another try at a stock sale.

Southeastern did not gave details of its ownership after the Chapter 11 reorganization. However, its IPO filings showed Fidelity Investments was the largest shareholder with 21% of the stock.

A company controlled by Lone Star Funds, which owned Southeastern before the bankruptcy filing, owned 11.6% when it emerged from Chapter 11.

The IPO filings said Southeastern expected sales of $9.6 billion in 2020, with 420 stores in five states.

Speculation about grocery chain mergers heated up with the October announcement of a merger agreement between Kroger and Albertsons Companies Inc., which operate almost 5,000 stores under several brand names.

“While the potential for any such transaction remains ever present in our industry, we will remain focused upon advancing our transformational strategy, supporting our associates and delivering a world-class shopping experience for our customers,” Hurley said. 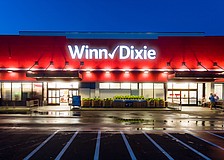 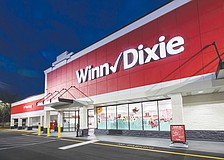 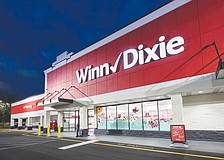