A joint project between the Kappa Alpha Psi Jacksonville Foundation and Wolfson Children’s Hospital of Jacksonville to build an $8.3 million health care facility on Moncrief Road is in review for city financial help.

The Mayor’s Budget Review Committee is scheduled to vote Jan. 9 on filing a bill with City Council to appropriate a $500,000 grant to establish the Dr. C.B. McIntosh Community Achievement Center in Northwest Jacksonville.

The health care facility is planned on 2.19 acres at 3717 Moncrief Road that the Kappa Alpha Psi Jacksonville Foundation bought in 2019, according to Duval County property records.

The clinic will be 17,000 square feet and provide mentorship and training in addition to medical care, according to a statement from foundation Chairman Dennis Gamble on the organization’s website.

According to Gamble, Wolfson plans to relocate its patient and family-centered care from Ribault High School to a 4,500-square-foot space in the facility.

The center will be named after Dr. Charles B. McIntosh, one of the first African American pediatricians in Jacksonville and a pioneer in sickle cell research, according to the website.

McIntosh was a member of Kappa Alpha Psi Fraternity Inc. for 77 years.

The Jacksonville Alumni Chapter of Kappa Alpha Psi Fraternity Inc. was established Feb. 27, 1925, and is the first Greek-lettered organization to be chartered in the state of Florida, according to the website.

The chapter incorporated the foundation, its philanthropic arm, Dec. 29, 1997.

According to the summary, the nonprofit Sulzbacher, which also provides services to people experiencing homelessness in Jacksonville, will manage the clinic.

“The site for this project is located in Health Zone 1, which is deemed to have the highest disparities in Duval County,” the summary says.

The city considers the location a Level 1 economically distressed area.

Kappa Alpha Psi told the city that it projects an estimated 3,300 primary visits and to service 1,100 patients annually when the medical facility is fully operational.

According to the summary, the location is on a Jacksonville Transportation Authority bus route.. JTA will offer youth bus passes to minors.

Legislation for the $500,000 Large-Scale Economic Development Fund grant could be filed by Jan. 18.

The city summary says before the foundation starts construction, an existing building will need to be demolished. The site needs water and sewer connections and to be graded.

The project does not meet the city public investment policy’s job creation targets for the Large Scale Economic Development Fund Grant, and will require the policy to be waived as part of the legislation. 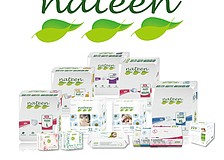 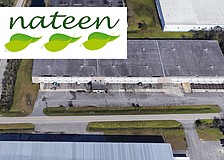 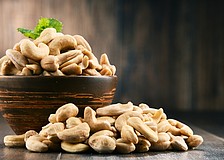 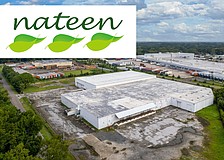 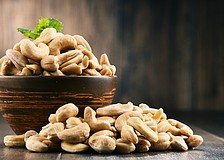 Project Cashew approved for $3.6 million in incentives for expansion