St. Johns Town Center and the Riverside/Brooklyn area of Downtown are key areas for 2015 retail development, according to the CBRE Inc. real estate company.

Both retail centers not only are major draws for consumers, but also for more development.

CBRE referred to a Jacksonville Beach developer that reported in late 2014 that it had plans for 115 acres at southwest Butler Boulevard and Interstate 295, near the Town Center, for a mixed-use development of retail, restaurants, offices, hotel and apartments.

In February, the regional Town Center’s popularity at northwest Butler Boulevard and I-295 attracted a Birmingham, Ala., developer to pursue plans for a neighboring 45-acre mix of stores, offices, multifamily residences and a hotel.

The neighborhood Brooklyn Station on Riverside development of a Fresh Market along with stores and restaurants will soon be flanked by about 600 apartment units as well as plans for a hotel and more expected projects in the area.

CBRE issued its MarketView report for Jacksonville’s retail market for the fourth quarter of 2014. It was a positive report.

Overall, the retail market posted a vacancy rate of 9.6 percent, which CBRE said was the fifth consecutive quarterly improvement.

“Improving fundamentals provide a strong foundation for continued growth of the retail market in 2015,” it said.

Among areas, the largest retail inventories are in Westside, which was 11.4 percent vacant; Northside, at 11.3 percent; and Southside, at 10.8 percent.

The highest vacancy rate was in Regency, at 14.7 percent. The lowest was in St. Augustine, at 3.7 percent.

CBRE noted that fitness centers continued to expand, while the Aldi chain opened a grocery store in St. Augustine and signed a lease in Southside Jacksonville. Another will open soon in Middleburg.

A Walmart Supercenter-anchored center is planned in Southwest Jacksonville.

The Brooklyn and Town Center areas provide opportunities for residents to live, work and play, it said.

“Expect this trend of mixed-used development to continue in 2015 in conjunction with a strong multifamily market in Jacksonville,” it said.

The Brooklyn project signifies another movement.

“Potential plans to develop several areas near Downtown coupled with the current projects underway in Riverside have the potential to create the urban atmosphere that has been in discussion for quite some time,” said MarketView.

Daily’s in review for San Marco

Site plans are in review for a new Daily’s convenience store in San Marco, meaning development of the 1.16-acre project is nearing.

The Daily’s, a brand of Jacksonville-based First Coast Energy L.L.P., is designed as a 5,000-square-foot convenience store along with a car wash and 16 fueling positions at 2017 Farragut Place at Atlantic Boulevard.

An exhibit filed with a rezoning application showed logos for Daily’s, Shell and Yum on the run.

First Coast Energy paid $1.6 million for the land, assembling eight parcels. Several existing structures on the site will be demolished.

First Coast Energy owns or operates about 200 service stations and convenience stores in Florida, including Daily’s, considered its premium product.

Most of the others are branded as conventional Shell convenience stores and service stations, the company said.

The Daily’s stores operate in Northeast Florida and Southeast Georgia.

Bartram Village, a retail center expected to open in the fall, is under review by the city.

Site plans show the three-building retail center, at Old St. Augustine Road and Bartram Park Boulevard, will include up to 10 tenants: six restaurants, three retail stores and a bank.

The location is near residential growth areas, Baptist Medical Center South, Flagler Center and other businesses and developments, generating a lot of potential daytime customers. 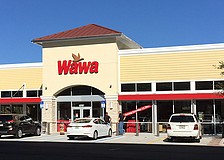 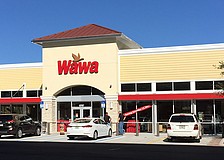