Hillwood Investment Properties has applied for a permit to build a speculative building in Cecil Commerce Center at a construction cost of almost $16 million.

He said the building is designed to accommodate a single or multiple tenants, although none are committed.

While previously filed site plans showed the structure could be expanded by almost 100,000 square feet, Tatsch said Wednesday Hillwood has decided the maximum expansion area is about 50,000 square feet.

Construction plans show about 2,500 square feet of office space within the warehouse, although Tatsch said the actual amount will be determined by tenant requirements.

Hillwood expects to buy the property for the building by early next month, Tatsch said. He said the company does not disclose cost information beyond what is filed in public records.

The Conlan Co. is the contractor for the project, which is shown at a construction cost of $15.72 million.

Hillwood is developing AllianceFlorida at Cecil Commerce Center. As the city’s master developer there, it must complete at least 1.2 million square feet of new building area by Sept. 15.

The company’s first speculative building at AllianceFlorida was leased by GE Oil & Gas for a valve-manufacturing plant.

City Office of Economic Development Executive Director Kirk Wendland said through a spokeswoman Wednesday that having available space is positive for Jacksonville from a marketing standpoint.

“The majority of business prospects that are in the market do not have time to go through the site selection process, acquire land and construct facilities,” he said.

Tatsch also is working with another project — the unidentified Project Velo that would create 1,200 jobs at a 1 million-square-foot product distribution center at AllianceFlorida. Of those, 325 jobs would pay an annual average salary of $50,675.

Tatsch said Wednesday he had no comment about Project Velo.

City Council approved almost $7.1 million in taxpayer incentives Tuesday to recruit the project. The state would pay another $1.2 million.

City documents show Velo anticipates a capital investment of $116 million and would create the jobs by year-end 2019. It expects seasonal hiring in addition to its full-time staff.

Wendland said he had no information to provide at this time about the identity of Project Velo. He said the company is expected to make a decision in 30-60 days.

The project closely matches the Amazon.com center that will open by the end of 2017 in North Jacksonville to pick, pack and ship small consumer items.

The Seattle-based e-commerce retailer might need a second center to handle larger goods. It often builds multiple centers in a metro area. 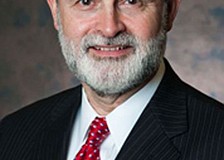 Hillwood could buy 35 acres this week for spec warehouse 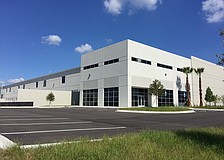 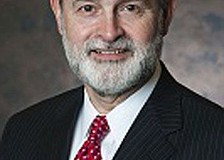