Tennessee-based partners intend to build an estimated $9.7 million Tru by Hilton in the Promenade that is under development along Town Center Parkway, across from St. Johns Town Center.

He said the $1.45 million deal to buy 1.5 acres should close imminently. The construction cost is estimated at $8.25 million.

“It is a really good fit for the area with the college nearby since we are targeting the millennial traveler,” Patel said.

The University of North Florida is near the Town Center, providing a population base of millennials, considered those from their teens to early 30s. Florida Community College at Jacksonville has its Southside and Deerwood campuses not far from there.

Patel said Town Center Hotel Partners LLC will own the property. That company comprises him and Alpesh Patel, CEO of Kana Hotel Group in Knoxville, Tenn. Kana will manage the property, Patel said.

He said his group also is building a Tru by Hilton in Tallahassee, home to Florida State University.

Site plans show Tru will be built along an existing lake on the property.

Plans show a patio, but Patel said there would not be a pool.

Hilton Worldwide markets Tru as “a revolutionary new midscale brand” that is “simplified, spirited and grounded in value.”

It designed the brand to attract generations united by a “millennial mind-set.” It says it focuses on hotel basics — bed, shower, technology — along with a public space to foster connections at a value price.

USA Today reported in January rates at Tru vary by location, but will be in the $90 to $100 range.

A Hilton Worldwide presentation about Tru shows a lot of color, graphics and textures throughout the hotel.

It calls the lobby “The Hive.” A “command center” with a marketplace is central, surrounded by four zones: work, with private spaces, booths and alcoves; play, with wall and table games; lounge, with flexible seating arrangements; and eat, for the complimentary breakfast, coffee or tea or to buy other treats, meals and drinks from the market.

There will be digital check-in and wireless internet access, fixed and portable screens for entertainment and information, and other technology.

Rooms will feature platform beds, 65-inch TVs and storage areas like a luggage bench and an open closet area. Instead of a desk there will be a multifunctional chair, said USA Today.

The first Tru by Hilton property is expected to open in summer 2017 in Oklahoma City.

Hilton Worldwide said it has 120 Tru executed agreements, totaling more than 11,000 rooms, along with another 200 hotels in process representing more than 18,000 rooms

“We launched Tru with the goal of reinventing the midscale segment and its phenomenal success proves the market was ready for this truly disruptive brand,” said Christopher Nassetta, president and CEO, Hilton Worldwide, in a news release.

Construction began this year in Georgia, Oklahoma and Wyoming, followed by a concentrated series of groundbreakings in seven more states.

Site plans filed with the city show a 7,163-square-foot restaurant on 2.54 acres, near the lake.

Spokesman Travis Doster said Thursday the company has submitted plans but does not have a signed contract and can’t provide much information until then.

Texas Roadhouse Inc., based in Louisville, Ky., is a casual dining concept that began in 1993 and has grown to more than 500 restaurants in 49 states and internationally.

The city is reviewing a permit application for Hobby Lobby to build a 55,000-square-foot store in The Strand at Town Center at a project cost of $1.98 million.

Hobby Lobby will build at 4972 Town Center Parkway. No contractor is listed.

Preferred Growth Properties, the real estate subsidiary of Books-A-Million, is developing The Crossing and The Strand at Town Center and Gate parkways.

Restaurants at The Strand and The Crossing will include Chuy’s, Cheddar’s Scratch Kitchen, Firebirds Wood Fired Grill, Moe’s Southeast Grill and PDQ.

The 306-unit Ravella at Town Center apartments will be developed on the northern end of the project. 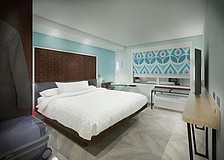 Tru by Hilton construction expected to start in December 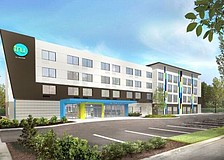 Tru by Hilton on deck in Arlington 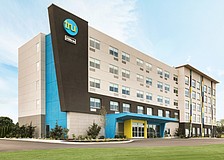 Tru by Hilton approved for 106-room hotel in Mandarin 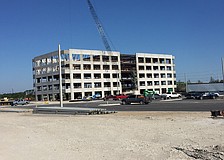 Availity LLC to build-out at Town Center One 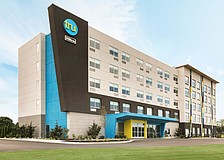 The 7th Tru by Hilton site is identified for Jacksonville area