A year ago, after almost three years of expectations, Wawa Inc. confirmed it was coming to Northeast Florida.

Now it’s full throttle. The company expects to break ground in the spring on its first stores.

As of Wednesday, 11 sites have been confirmed toward the first stores Wawa wants to open.

Tom Mundy, vice president of retail development services with The Ferber Co. Inc., said Wednesday that Ferber has a contract on the Normandy property and expects to close by early fall to develop a Wawa store.

Spokeswoman Lori Bruce said Tuesday she will soon have the official dates for ground-breaking of Wawa’s first stores in Duval and Clay counties.

At that ceremony, Pennsylvania-based Wawa will share information about its larger Northeast Florida investment, its construction schedule and specific store locations, Bruce said.

She said while she can't confirm specifics for Duval and Clay counties, Wawa projects 30 store openings this year in Florida.

It is designed for 16 fueling positions.

The property owner is Oakleaf 31 Development Corp., led by President Kevin Carpenter. He did not return calls Tuesday.

Oakleaf Corner is a new development represented by Cantrell & Morgan.

A flier on its website states future tenants at the almost 11.7-acre site include a gas c-store, grocery store and automotive service retailer.

No tenants were identified, although Wawa and an Aldi grocery store have been speculated as possibilities.

The site plan depicts the grocer at more than 17,000 square feet, which matches the footprint of Aldi. It sits next to the convenience store.

Cantrell & Morgan Senior Vice President Pete Fraser said in addition to the gas station site, there are five more parcels for development. He declined comment about the identities of potential tenants.

He said a purchase by late summer or early fall indicates a possible opening in summer 2018. Wawa would lease the location from Ferber.

Wawa launched its Florida presence in July 2012 and in November, it announced the grand opening of its 100th store, which was in Brandon.

Last week, when it announced expansion into Southwest Florida, Wawa said it would open 25 to 30 stores annually in the state over the next several years.

When it formally unveiled its Northeast Florida plans in June, it said it might open five stores in 2017 and up to 30-40 area stores over time.

The 11 identified sites mean Wawa will be represented in Southside, Southwest Jacksonville, Westside, East Arlington and Clay County, which raises the question where it might open in North Jacksonville, Downtown and St. Johns County, among other areas.

Not all of the identified sites have been through the regulatory process.

Wawa Inc. is a privately held chain of more than 730 retail stores in six states. More than 500 sell gasoline.

Conboy & Mannion Contracting Inc. of Saratoga Springs, N.Y., is the contractor for the 5,670-square-foot Red Robin on 1.56 acres at 4586 Town Center Parkway.

Texas Roadhouse is designed as a 281-seat, 7,163-square-foot restaurant at 4578 Tropea Way. No contractor is specified. GreenbergFarrow is the civil engineer for the project, shown at $800,000. 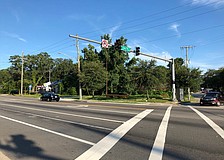 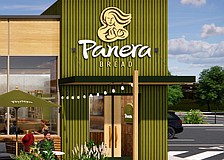 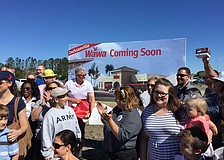