The Marbut Report: Relay team record for 2019 Freed to Run

Freed to Run, now in its third year, has so far registered 22 relay teams that will run six marathons between Tallahassee and Jacksonville Dec. 15-20 to help pediatric patients access civil legal help.

Last year, 17 relay teams ran alongside Gunster shareholder Mike Freed with daily stops at county courthouses on a route between the steps of the state Supreme Court and the Duval County Courthouse.

The event benefits an endowment for the Northeast Florida Medical Legal Partnership, through which each year Jacksonville Area Legal Aid staff and volunteer attorneys counsel about 200 pediatric patients and their families.

They offer help with legal issues such as access to health coverage, educational accommodations and safe housing matters.

JALA pledged to raise $1 million in donations for the endowment over five years, with the funds matched at 125% by Baptist Health, for a total of $2.25 million that will sustain the program in perpetuity.

Freed ran all six marathons alone in 2017 and last year began to run them alongside relay teams which tackle a single marathon.

Visit jaxlegalaid.org/freedtorun/ to make a donation. 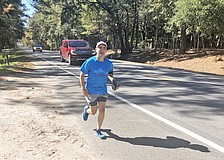 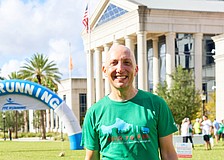 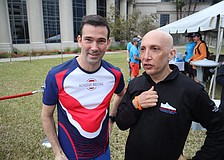 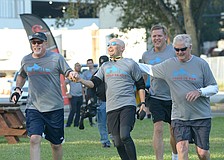 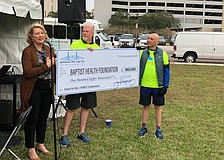 The Marbut Report: New format for the Freed to Run fundraiser