The reception, dinner and awards ceremony begins at 5:30 p.m. at the Hyatt Regency Jacksonville Riverfront.

Named for a former JALA board member and longtime supporter, the award is presented each year to a person or organization who has notably promoted the cause of equal justice for low-income residents of Northeast Florida.

Carithers was administrative judge of the Family Division of the court after serving as a judge in all the court’s other divisions and as an associate judge on the 1st District Court of Appeal.

As chair of the 4th Circuit Pro Bono Committee, Carithers was a leader, frequently participating in events recognizing them for their volunteerism together with JALA, the Jacksonville Bar Association and other organizations.

Carithers practiced law in Jacksonville for 18 years before he was appointed to the bench in January 1993.

He served as president of JALA’s board of directors in 2014. Carithers received the city’s 2004 Mary Singleton Award and the Jacksonville Bar Association’s 2016 Liberty Bell Award.

Pulitzer Prize-winning author Matthew Desmond will deliver the keynote address.
Desmond is a professor of sociology at Princeton University and principal investigator of The Eviction Lab, where his research focuses on poverty in America, city life, housing insecurity, public policy, racial inequality and ethnography.

In addition to the Pulitzer, his book, “Evicted: Poverty and Profit in the American City,” also received the National Book Critics Circle Award, Carnegie Medal and PEN/John Kenneth Galbraith Award for Nonfiction.

Tickets and event sponsorships may be purchased at JaxLegalAid.org/EqualJusticeAwards. Donations will benefit Jacksonville Area Legal Aid. 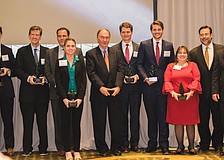 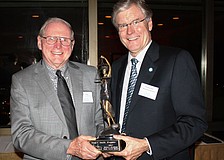 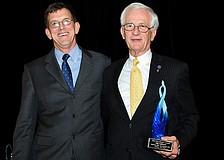 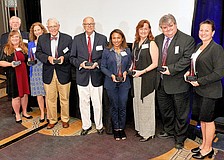 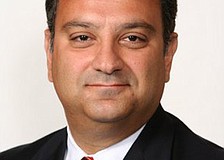