The State Attorney said her office offers full support to the probe.

State Attorney Melissa Nelson is handing her investigation of JEA to federal officials.

Nelson confirmed that federal agencies would be taking over her investigation into the city’s energy and water utility in an emailed statement Jan. 13.

“After thorough review, the State Attorney’s Office has determined that the appropriate venue to continue this investigation is the federal justice system. We have referred our investigation to our federal partners, who will take the lead moving forward and have the full support of this office,” Nelson said.

It’s not clear what federal agencies will participate in the JEA investigation. A phone call Jan. 13 to Nelson’s spokesperson to clarify the scope of the federal probe was not immediately returned.

This was the first time Nelson referred to her work involving JEA as an investigation.

The State Attorney’s Office confirmed Dec. 18 it was “looking into matters involving JEA” after multiple calls from Jacksonville officials and organizations for an investigation into the public utility’s push to privatize.

In her statement Jan. 13, the state attorney commended her investigative team.

“Last year, the State Attorney’s Office initiated an investigation into issues related to the privatization of JEA. As with all investigations conducted by this office, we have taken this issue very seriously,” she said. “I want to commend the State Attorney’s Office investigative team for examining every item of information it received and discovered — without their diligent work, we would not have reached this point.”

The JEA board voted Dec. 24 to end its invitation to negotiate with nine private companies that could have led to a recommendation to sell the public utility.

Seven days before, the board voted 5-1 to fire former Managing Director and CEO Aaron Zahn without cause.

Talks between the city Office of General Counsel and Zahn’s private attorney did not meet a Dec. 30 target set by the board to finalize Zahn’s severance package and amend his employment contract language.

Board Chair April Green pressed the board to fire Zahn with cause. She said she felt the CEO misled her and the board on several issues, including an employee bonus plan that could have cost JEA up to $600 million if the utility was sold.

City Council member Matt Carlucci met with Nelson for 90 minutes Jan. 3 to discuss her investigation. After that, he decided not to file legislation calling on her to seek a grand jury investigation.

Other Jacksonville area organizations have been calling for state and federal probes into JEA that extend beyond investigating utility officials.

The Jacksonville NAACP Branch has received support from the Florida State Conference of NAACP Branches and the National NAACP to ask U.S. Congress to open a criminal investigation into Mayor Lenny Curry’s administration and senior JEA executives in response to the possible sale of the utility.

Council President Scott Wilson said Jan. 3 he intends to move forward with appointing a special committee to investigate the canceled employee bonus program and the process that created the invitation to negotiate.

Wilson said then that the Office of General Counsel was working on an outline for the Council investigative committee. He wants committee members to be able to use the Council’s subpoena power to call witnesses and place them under oath.

Wilson said Jan. 3 he met with General Counsel Jason Gabriel and hopes to have the committee framework ready to present to Council by its Jan. 14 meeting.

“The public has a right to know, and I want to allow the time to get it right,” Wilson said. 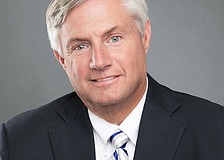 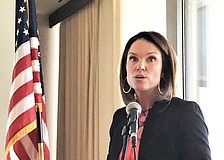 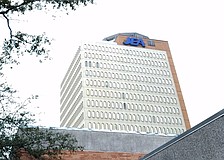 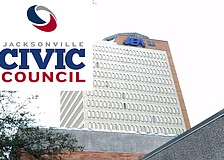 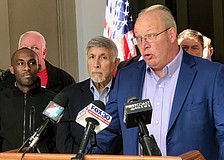