Wendy Norfleet of Norfleet Integrated Solutions, a professional training and coaching firm, says she has lost more than half of her business.

Keeping close – from a distance

Since March 13, city event venues, stores, restaurants, malls, entertainment centers, churches and businesses shut down and laid off workers or sent them home to telecommute to prevent the spread of COVID-19. The Daily Record will report how local small business owners are dealing with the imposed social isolation.

Wendy Norfleet says she’s lost more than half of her business in March and April since the coronavirus outbreak began.

Norfleet is CEO of Norfleet Integrated Solutions, a professional training and coaching firm. Most of her clients want to meet in person, but some have switched to virtual appointments, helping Norfleet keep some of her business.

Other appointments have been postponed through the end of April, she said. Event organizers canceled an Orlando training event, which was supposed to be nearly a fourth of her business for the month.

“That greatly impacted my income,” she said.

Norfleet doesn’t have any full-time employees but works with seven contractors. She has a part-time consultant, who for now, she can’t afford to pay.

Luckily, Norfleet said she’s still been able to communicate virtually with her JAX Chamber IT Council members, Leadership Jacksonville and other small business owners, who share similar concerns about their businesses.

To replace her normal socializing and networking, Norfleet said she and other groups have been meeting virtually to catch up. She is president of the JAX Chamber IT Council and continuing over video chat to plan an event for August.

In addition to running her company from home, Norfleet also has been helping her two daughters, ages 11 and 5, with their online classes. She takes two hours each morning to help her youngest with the computer.

She expects a lot of small businesses, including her own, to have trouble recovering from the pandemic shutdown.

Pete Helow, the owner of Roosters Men’s Grooming Center in San Marco, says he intends to reopen when its safe to do so. Story here 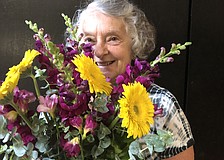 Coronavirus Pandemic: Your Insight: Virtual florist works through the shutdown 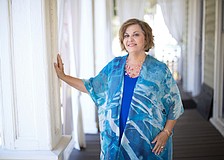 Coronavirus Pandemic: Your Insight: ‘I am not stopping my business’ 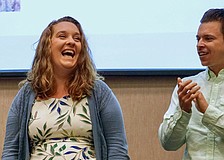 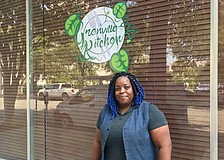 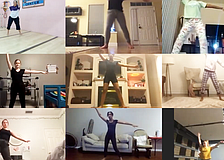