Atlanta developer Jeff Fuqua plans to buy the site and transform it into a retail, office, restaurant and apartment project.

Atlanta-based developer Jeff Fuqua, with experience building grocery-anchored centers in Brooklyn and Riverside, has a contract to buy the former Florida Times-Union property to create a $250 million retail, office, restaurant and apartment project.

“All of those things have a lot of runway in the Riverside area,” Fuqua said May 20.

He said the project would be called One Riverside Avenue to reflect its address.

It likely will include a grocery store as well as make use of the riverfront site with waterfront amenities.

He did not know the square footage of the eventual project.

Plans are tied to the uncovering and restoration of McCoys Creek, which runs through and beneath the property.

The Augusta, Georgia-based Morris family, which owns the site, and Fuqua are working with the city on that project.

Downtown Investment Authority CEO Lori Boyer told the DIA board May 19 that the agency is working with the Morris property’s potential buyer on McCoys Creek restoration designs so it fits with the group’s development plans.

The creek also is an entry point for the proposed 30-mile Emerald Trail that would encircle Downtown and connect neighborhoods with parks, green space and waterways.

The 18.8-acre Morris site comprises 12 acres of upland. Fuqua said the rest is submerged land available for the water amenities.

The St. Johns River current at the site is not conducive for a marina, he said.

“We are working on a great master plan that centers around the McCoys Creek restoration,” Fuqua said.

He said development would be quick.

“We will be under construction this year,” he said. The creek restoration would be concurrent with that.

Fuqua did not provide a completion date but said it would be in stages.

He said the DIA and other city reviewers would receive plans in the next month or so.

The property fronts the St. Johns River and Northbank Riverwalk at the western side of the Acosta Bridge. It is within the Downtown Overlay Zone,  raising the option of incentives to assist in the redevelopment.

Fuqua declined to discuss the extent of incentives or how much he would pay for the property.

Fuqua said the site was big enough for “a pretty large project.”

“There are not many tracts this large in this area,” he said.

The site’s location in Brooklyn, near Riverside and Downtown and across the bridge from San Marco “in our opinion makes it the best site in town.”

Steve Diebenow, a partner with the Driver, McAfee, Hawthorne & Diebenow PLLC law firm, represents Fuqua. He confirmed the property is under contract and referred questions to Fuqua.

Fuqua’s neighborhood experience includes a partnership with Jacksonville-based Regency Centers Corp. to develop the Brooklyn Station on Riverside center across the street from the Morris property.

The center is anchored by The Fresh Market grocery store, which opened in 2014.

Fuqua said he was president of Sembler Company when it developed the Riverside Publix, which opened in 2002.

He noted the success of those projects. “We have watched the area and this is a site that can fill those voids” that need amenities.

The Florida Times-Union opened at 1 Riverside Ave. in 1967. The Morris family bought the property in 1982 when it purchased the newspaper.

The family sold the newspaper in October 2017 but retained the property. The newspaper staff moved in April 2019 to Wells Fargo Center Downtown.

The Morris family has been deciding what to do with the Riverside Avenue site, which has a five-story, 55,500-square-foot office building and an adjacent 223,000-square-foot production facility that included the newsroom, advertising offices and printing press. There also is a parking lot and deck and some small structures.

Fuqua said the buildings will come down. The structures have been vacant and have signs of vandalism.

The Times-Union property is owned by 1 Riverside Property LLC, led by the Morris family.

“It was a companywide decision to exit the real estate development business,” he said.

“It is a very specialized business. Our business background was different than that.”

He said word got out that Morris was not moving forward.

“Jeff called us and he was prepared to move forward quickly and take over our efforts,” Schweers said.

“Otherwise we were going to step back and sit on it,” he said, an undesirable option.

“They are good people,” Fuqua said.

Schweers said Morris has been working with the city on uncovering McCoys Creek, which poses development challenges.

“The city has been very cooperative and tried very hard to help us because the creek needs to be addressed.”

A “Riverside” master plan dated April 3 provided by the DIA shows a shift of McCoys Creek on the property, although Fuqua said it might stay where it is.

The conceptual plan shows where buildings could be positioned with a shifting of the creek.

Rule Joy Trammell Rubio Architecture Interior Design of Atlanta is the architect on the plan.

The Emerald Trail is a significant element of Downtown redevelopment.

On May 19, the Jacksonville City Council earmarked $132 million for the Emerald Trail in a bill that would increase Duval County’s local option gasoline tax.

It said most of its projects include retail, restaurant and residential spaces. The site shows 12 projects in Atlanta and others in Alabama and Florida, including Jacksonville and Palm Beach Gardens.

Fuqua intended to buy 67 acres at southeast Butler Boulevard and Interstate 295 from the Skinner family to develop a $300 million retail, office, residential, entertainment and hotel project.

Fuqua introduced the project in March 2019 at the International Council of Shopping Centers North Florida Idea Exchange in Jacksonville.

Fuqua said May 20 he remains interested in the Skinner land, while elements of the initial design would be adjusted because of COVID-19.

Entertainment and other developments changed course after social distancing and other restrictions.

Restaurants, theaters and other high-density businesses are redesigning to accommodate customer preferences.

“We continue to be in discussions with the Skinners about that property,” Fuqua said.

Skinner said May 20 nothing has changed with the retail component of the 1,063-acre master-planned southeast quadrant property, called Seven Pines.

When completed, Seven Pines will comprise 1,600 single-family homes, apartments and more than 1 million square feet of commercial and retail space, along with a 34-acre park with a lake.

Skinner said the retail site that Fuqua wanted to buy is not under contract.

The timing for development has turned advantageous as COVID-19 restrictions are lifted.

“It’s amazing what has happened in 90 days,” Fuqua said.

“The market has exploded.” 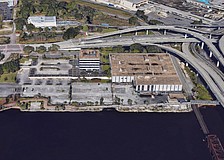 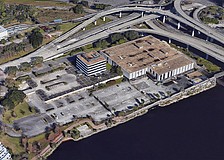 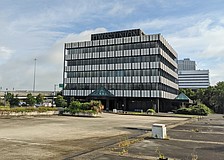 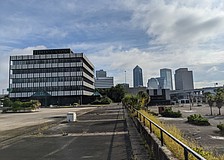 Florida Times-Union demolition on the horizon 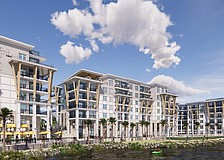