Hapag-Lloyd’s European-U.S. loop will dock at Jacksonville for the next eight weeks.

The Hudson Express container ship from Hapag-Lloyd’s European-U.S. service visited JaxPort for the first time Nov. 21 as part of the shipping company’s plan to avoid congestion at the Port of Savannah in Georgia.

The Atlantic Loop 3 service will use the TraPac Container Terminal at Dames Point for the next eight weeks, JaxPort said in a Nov. 22 news release.

Hapag said it is temporarily dropping the Savannah stop because of congestion. According to recent news reports, there has been a backlog of more than a dozen ships at the Port of Savannah compounded by worker and trucking shortages.

While other U.S. ports are experiencing backlogs, JaxPort said it has no vessels waiting at anchorage. It said the Hudson Express was able to berth and begin working immediately upon its arrival. 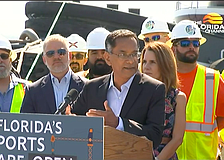 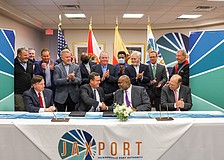 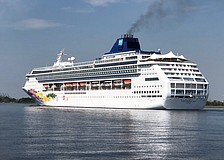 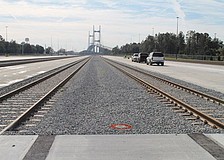 JaxPort container transfer site finishes this month; expected to save $139M a year in shipping costs 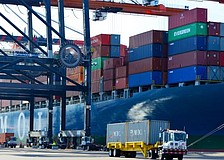 Funding for JaxPort deepening project due within a year