The electrical distribution power equipment maker will occupy more than 500,000 square feet of space with 700 employees.

Industrial Electric Manufacturing, which designs and makes electrical distribution and control systems, is expanding into NorthPoint Building 7 in NorthPoint Industrial Park and intends to add 300 jobs.

It currently has about 400 manufacturing and support employees in the nearby NorthPoint Building 3 it occupied in July.

“IEM is investing heavily in our Jacksonville plants and our capabilities,” said Tim Ferguson, vice president of operations.

Ferguson said Dec. 27 that the $15 million investment in the expansion will be for tenant improvements, equipment and other work.

“It will go beyond that. That is where we are today,” he said.

The expansion will mean IEM will have 700 employees and more than 500,000 square feet of manufacturing and support space in North Jacksonville.

Ferguson refers to the NorthPoint plants Jax 1 and Jax 2.

“It is most certainly an expansion to help us increase our footprint in a really strong market for our product, which is electric power distribution equipment,” Ferguson said.

He said the new larger location will allow IEM to move some of its existing products to the new site and expand its capacity and capabilities.

“We build electrical power distribution equipment from 38,000-volt switchgear all the way down to panelboards. Many of those products will be transitioned to the new building and that will allow us to focus Jax 1 on low voltage switchboards and switchgear,” he said.

IEM, whose official name is Industrial Electric Mfg., is based in Fremont, California. IEM also has manufacturing facilities in Vancouver, British Columbia, Canada, as well as sales, engineering and field service offices throughout North America.

The city is reviewing a permit application for Tenant Contractors Inc. to build-out space in the 314,900-square-foot Building 7 at 3397 Port Jacksonville Parkway for IEM at a project cost of $6.14 million.

Building 7 was completed this year.

The space under renovation includes offices and office space, break and training rooms and other space.

The project description is called a tenant improvement for an IEM manufacturing facility to fabricate metal panel boxes for electrical equipment.

Interior suites are being constructed for a main office, shipping office and processing area.

In July, IEM announced it expanded its East Coast operations into the new 186,500-square-foot NorthPoint Building 3 at 3600 Port Jacksonville Parkway.

In November 2021, the city issued a permit for Tenant Contractors to build-out space for IEM in that structure at a project cost of $915,364.

That larger plant will help the company’s operations that it said are “fueled by IEM’s steady growth in North America.”

It said the new facility will accommodate leading-edge manufacturing technologies, including sheet metal fabrication and a powder-coat paint line.

IEM said a lean equipment layout and automated workflow will result in increased efficiency and throughput, or processing rate,“continuing to provide our customers the quality equipment they come to expect from IEM.”

“Investing in a much larger and technologically advanced facility will allow us to support the increasing demand for our products,” Ferguson said in the July release.

He said the lease allowed the company to consolidate its Jacksonville operations into one location and support growth.

Before moving to NorthPoint, IEM operated out of two facilities in the North and South Jacksonville areas.

IEM had been leasing at 11902 Central Parkway near the University of North Florida and at 13845 Alvarez Road in Jacksonville International Tradeport.

IEM had occupied the Central Parkway structure since 2011. The more than 85,000-square-foot stand-alone building was developed in 1997 in Eastpark at Town Center.

IEM also had been leasing more than 41,000 square feet in a 94,000-square-foot Tradeport building in North Jacksonville since 2017.

Ferguson said IEM wants to hire fabrication, mechanical assembly and wiring employees, as well as “across-the-board” support, office, engineering and other staff for the NorthPoint 7 expansion.

“We are looking to hire a lot of good people,” Ferguson said.

“We are a great company and we offer competitive pay, we have great benefits and profit-sharing,” he said.

Pay is commensurate with experience.

He asks candidates to apply at www.iemfg.com. 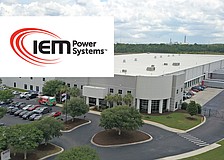 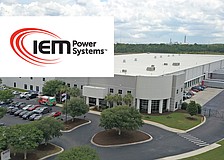 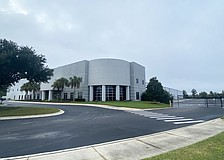 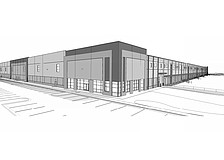 Pattillo intends to build a distribution center at NorthPoint 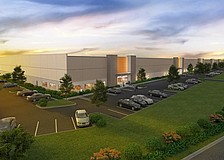