Former JEA Managing Director and CEO Aaron Zahn and CFO Ryan Wannemacher went from working as top C-suite figures in one of the largest U.S. municipal utilities to facing federal charges linked to their roles in the attempt to sell JEA to a private company.

Nearly 2½ years after they were fired, Zahn and Wannemacher were brought into a Downtown Jacksonville courtroom in handcuffs and chains March 8 and pleaded not guilty to federal conspiracy and wire fraud charges.

Prosecutors for the U.S. District Court for the Middle District of Florida issued an indictment of the men March 2 after a nearly two-year grand jury investigation into the JEA privatization push.

Attorneys for Zahn and Wannemacher said in the initial appearance they were weighing the option to petition the court for a change of venue and move the case out of Jacksonville.

Zahn’s attorneys are Brian Albritton of  Phelps Dunbar LLP in Tampa and Eduardo A. Suarez of Suarez Law Firm, also of Tampa.

As a condition to Zahn’s release, the U.S. Attorney’s Office and Judge Monte C. Richardson agreed with a request from Zahn’s attorneys to allow the defendant to travel with his family on a preplanned, prepaid vacation to the Bahamas before surrendering his passport.

After he returns, Zahn’s travel will be restricted to within the U.S., Duva said.

Wannemacher surrendered his passport to his attorney and is restricted to travel inside the U.S.

Zahn’s attorneys asked to approach Richardson when the judge asked a question about Zahn’s prescription medications.

After the brief conference, the judge said he read the pretrial report and did not disclose which medications Zahn is taking.

March 22 is the deadline for federal prosecutors to complete discovery motions and provide the evidence in the case to Zahn’s and Wannemacher’s legal teams.

Other motions must be filed by April 5 and a status conference that could affect the trial date is scheduled for April 18 before U.S. District Judge Brian Davis.

The indictment, unsealed March 7, frames how Zahn and Wannemacher worked together to devise a Long-Term Performance Unit Plan that would have paid them and other JEA executives and “certain others” millions of dollars in bonuses had the utility been sold.

The plan was pitched to the JEA board, employees and other city leaders as an incentive to increase JEA’s performance.

The JEA board approved the PUP in the same July 23, 2019, meeting at which it voted to allow Zahn and his senior leadership team to issue an invitation to negotiate with private companies that could have led to the city-owned utility’s sale.

That meeting was at the center of the indictment, as federal investigators allege Zahn and Wannemacher failed to disclose the true PUP payouts should JEA be sold.

The plan would have created 100,000 performance units meant for JEA employees to buy at $10 each as an investment into the utility.

The unit value would increase as the utility hit financial targets within a three-year cycle.

The JEA board authorized 30,000 units to be sold in the first payout cycle, but court documents allege the program was designed to make it easier for JEA executives, including Zahn and Wannemacher, to buy a majority of the units.

Ultimately, after information began to develop about the PUP and the bonuses that would have been paid, the JEA board of directors stopped the sale process Dec. 24, 2019.

The indictment alleges Zahn and Wannemacher conspired to “falsely and fraudulently” project JEA in a financial “death spiral” to the board.

At the July 23, 2019, meeting, Zahn presented the board with resolutions that gave the board a choice to terminate 29% of JEA’s workforce, significantly raise customer rates, lower JEA’s annual contribution to the city’s general fund or consider a sale to “avoid JEA’s certain demise.”

The indictment says Zahn and Wannemacher worked with other executives and an outside company to craft the bleak financial scenario.

The court documents reference a “Person A” and “Person B.”

Person A is referred to as JEA’s chief operating officer, at the time Melissa Dykes.

The court documents say “Person B,” was JEA’s chief administrative officer, who was Herschel Vinyard.

Neither  Dykes or Vinyard are mentioned by name in the indictment.

Zahn and his leadership team had built that narrative in presentations since May 2019.

That meeting was live-streamed online, which the court documents say transmitted Zahn’s  and Wannemacher’s alleged faulty claims outside the state of Florida resulting in the federal wire fraud charges.

The indictment also revealed there were spreadsheets created by Wannemacher and accessible by Zahn that calculated the PUP would yield a high payout if JEA was sold.

Zahn and Wannemacher kept the calculations secret from JEA board members, the City Council Auditor’s Office and other members of the utility’s senior leadership team, according to the court documents.

The indictment said the documents, “Performance Unit Scratch Sheet.xlsx” and “Notes.xlsx,” calculated that an increase in $4 billion to JEA’s book value would make the PUP values jump from $0 to $11,500 and result in a payout of $345 million to the program.

According to the indictment, Wannemacher  dodged some questions about the PUP from the Council Auditor’s Office in August and October 2019 correspondence and maintained the payout would be “reasonable and modest.”

Wannemacher failed to disclose to the Council Auditor that there would be a  “substantial increase” in the PUP payments if JEA was sold, the indictment said.

The indictment also alleges Zahn claimed the PUP payout would be modest when he asked the city Office of General Counsel on Nov. 5, 2019, to approve the bonus plan.

The court documents said Zahn intentionally concealed from city attorneys that the PUP payouts would see a substantial increase if the city netted between $3 billion and $6 billion from selling JEA.

Zahn was accompanied to the meeting by Person B, the documents state.

The indictment points to a June 18, 2019, meeting where Zahn presented the PUP plan to the JEA Board Compensation Committee where the CEO said the plan would be “self-funded.”

He presented payouts that would total about $3.4 million over three years for participating employees.

At the same meeting, federal investigators allege Zahn presented the plan in a PowerPoint document using the insignia of a firm identified as Company B without its authorization.

The indictment notes that Zahn and Wannemacher would tell the full JEA board at the July 23, 2019, meeting that the PUP payout would range from $3.4 million to $10 million over three years, still omitting the effect a sale would have on the cost.

The indictment alleges Company B did not design or create the PowerPoint presentation despite the representation by Zahn.

In February 2020, City Council’s yearlong investigation into the potential sale revealed evidence that a PowerPoint slide shown to the JEA compensation committee was edited to say stock option-style plans are “selectively” used by public power utilities. An earlier version said the plans are “rarely used.”

Federal investigators also allege Zahn did not disclose the true intent of the PUP to a company hired to work on JEA’s strategic planning process.

An entity identified in the indictment as Law Firm A and JEA’s bond counsel refused to prepare documents for the PUP after advising the utility on an early version of the plan in May and July 2019.

Zahn and Wannemacher allegedly tried to press Law Firm A to issue a legal opinion in May 2019 that the PUP was legal under Florida Law.

In a June 2020 compensation lawsuit against Zahn, JEA lawyers said the former CEO failed to disclose to the board a May 20, 2019, memo from law firm Nixon Peabody that said the bonus plan would not “be able to clear hurdles under Florida law” before it was approved.

Nixon Peabody is not named in the federal indictment.

That lawsuit also said Zahn could have received $23 million from the bonus plan had JEA been sold.

Federal prosecutors allege in the indictment that Zahn began planning to seek the sale of JEA in or around 2018 before he was named the utility’s permanent CEO.

Mayor Lenny Curry appointed Zahn to the JEA board of directors and City Council approved him in February 2018.

He stepped down from the board less than two months later and was named interim CEO by the JEA board in April 2018. He took the job full-time in November 2018.

Zahn was selected over a field of longtime utility executives despite,  as stated in the indictment, him having “no experience in a major public utility.”

Wannemacher was a JEA executive for nearly 4½ years, first as the director of financial planning and analysis from April  2015 to April 2018 then CFO until Dec. 27, 2019.

As CFO, he reported directly to Zahn.

JEA terminated Zahn and Wannemacher after a Council-led hearing into the sale push and reports by local news media began detailing their role in the PUP and transparency issues with the ITN process.

Federal investigators allege in the indictment that Zahn met with the CEO of a potential buyer in West Palm Beach on July 19, 2019, just days before the JEA board voted to move forward with exploring a sale of the utility.

Federal prosecutors say Zahn told the CEO and others attending the meeting that JEA would be exploring privatization.

The potential buyer is not named in the indictment.

NextEra’s corporate headquarters is in Juno Beach, about 11 miles from West Palm Beach. Both are in Palm Beach County. 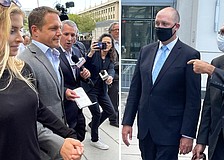 Trial of former JEA executives postponed until May 2023 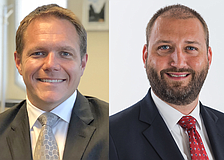 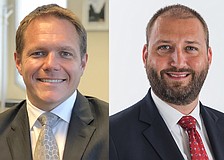 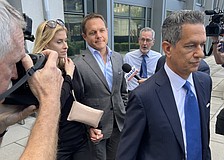 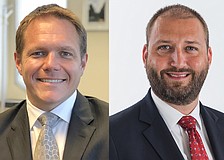 Federal fraud trial for fired JEA executives not likely until 2023