Another headquarters operation is setting up a higher-profile operation in Jacksonville, moving within Baymeadows to the Prominence office park.

Spokeswoman Shannon Karl said NGA Human Resources will lease about 70,000 square feet in Prominence, at Baymeadows Road and Interstate 95. It will move from space it leases in the Convergys building at 8000 Baymeadows Way.

The move starts this fall and will be completed by March 2016, when its lease expires at the Convergys building.

“Our new location will accommodate our expanding workforce and enable us to continue to be key participants in the Jacksonville business community,” said Karl, executive director of North American Marketing for NGA Human Resources.

She did not have a specific number of new jobs to be added, but said positions are posted on its website, which is ngahr.com. “We continue to grow this business,” she said.

In 2010, the relocation of the headquarters was expected to move 10 to 20 senior executives to Jacksonville. “This will be our largest, most sophisticated facility,” Trey Campbell, president of NorthgateArinso Americas, told The Florida Times-Union.

The company, based in the United Kingdom, provides HR consulting, outsourcing and technology.

Karl said the new Prominence space will provide an improved experience for its employees. Features will include “collaboration and ‘think tank’ areas to promote team togetherness.”

JLL Vice President Kaycee Gardner, who represented NGA Human Resources, said the company will lease about 2.5 floors in Building 400 and will have signage on the building.

“The thoughtful planning going into the design and layout of the new office will enable us to really maximize the space,” she said.

NGA has 8,500 employees in offices in 35 countries on five continents, supporting customers in more than 100 countries.

CertusBank will close its San Pablo branch office at 13474 Atlantic Blvd. on May 29. The Greenville, S.C.-based bank said it would operate through normal business hours through that day.

Corporate Communications Vice President Emily Ledbetter said the decision to close the location was driven by factors including market conditions and real estate costs. She said customers will be able to transfer to other nearby CertusBank branches in Jacksonville. The website shows branches in Mandarin and Ponte Vedra.

“Our leadership team is working closely with all teammates whose jobs have been affected to support them through the transition,” she said. Four employees will be impacted by the closing, she said.

CertusBank filed a 90-day advance notice of the branch closing with the Office of the Comptroller of the Currency on Feb. 24.

Belk opened its $9.6 million Atlantic North store Wednesday at Kernan and Atlantic boulevards in East Arlington, a month after the Charlotte, N.C.-based department store chain closed its Regency Square Mall location. Belk said it has operated at Regency since 1998.

Grand-opening events continue, including the annual Charity Sale 6-10 a.m. May 2. Tickets are sold for $5 and customers receive $5 back on their first purchase.

Belk has three stores in Jacksonville — Atlantic North, The Avenues mall and Roosevelt Square — and in the Orange Park Mall.

The dining areas will seat 125 to 130 patrons, with another 15 seats available at the bar. Private dining also is available.

The restaurant supports Culinard, the Culinary Institute of Virginia College, where a team of professional staff and chefs provide a learning lab environment for culinary and pastry art students.

The Kitchen on San Marco menu will include “fresh, contemporary gastropub food,” and will change seasonally to feature fresh, locally sourced ingredients and regional cuisine.

Ryan Randolph is the executive chef. A native of Sweetwater, Tenn., he moved to Chattanooga, Tenn., and worked as a sous chef at Hennen’s Alleia and St. John’s Meeting Place under James Beard award-nominee Chef Daniel Lindley.

The restaurant is owned by Education Corporation of America, which operates Virginia College in Jacksonville, along with others..

On March 31, the restaurant will host “Growing the House that Love Built,” a 5:30-7:30 p.m. charity event that will donate all proceeds to the capital campaign for the Ronald McDonald House Charities of Jacksonville.

A $25 donation will provide wine, beer, cheeses, fruits and a chef’s selection of hors d’oeuvres. For information, visit rmhcjacksonville.org/kitchen. 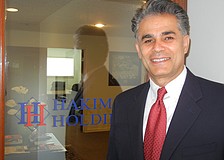 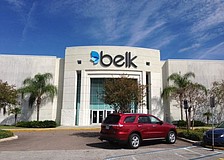