Graham Holdings not planning changes for now at WCWJ TV-17

“It has a good combination of syndicated and local programming and that’s not going to change,” said Emily Barr, president and CEO of Graham Media Group.

Barr said it’s also too early to discuss operational changes. WCWJ broadcasts from studios on Hogan Road on the Southside and there is “some logic” to moving its operations to WJXT’s studios near the Southbank, she said, but no decisions have been made.

“We’re going to look at all of that over the next several months,” she said.

With the completion of the deal, WJXT Vice President and General Manager Bob Ellis also took over as general manager of WCWJ, but otherwise the approximately 25 employees at WCWJ aren’t immediately impacted.

“We have a TV station and we need to run the television station,” Barr said.

Nexstar divested those two and 11 other stations to satisfy Federal Communications Commission requirements for approval of its merger with Media General Inc. Nexstar also completed that $4.6 billion deal last week.

Ironically, Nexstar had acquired WCWJ from Media General in 2009.

WCWJ, which celebrated its 50th birthday last year, has been a CW affiliate since that network was created in 2009.

It has been affiliated with several networks during its history but is the only local commercial station that doesn’t have news broadcasts. It ended its news operation when it lost its ABC network affiliation in 1996.

WJXT has been an independent station since it dropped its affiliation with CBS in 2002 and has a strong focus on local news. Barr said there are no plans now to bring any of WJXT’s news programming to WCWJ.

Barr said both stations have distinct identities that aren’t going to change because of the merger.

“There’s no reason to blur those lines,” she said.

With the completion of this deal, Jacksonville’s six local commercial television stations are now operated by just three companies.

Cox was not allowed to buy both stations when it acquired a block of stations from Newport Television LLC in 2012 because of FCC rules that prevent one company from acquiring a second station if both are rated among the top four in a market.

Graham’s FCC application to buy WCWJ said in the most recent ratings before the purchase agreement last spring, WJXT was ranked second but WCWJ ranked sixth in the Jacksonville market.

ParkerVision Inc., a company that has lost money every year for more than two decades and produced minimal revenue in recent years, is embarking on an “acquisition strategy.”

The Jacksonville-based company, which has been developing technology for use in wireless devices, said last week it retained FBR Capital Markets to advise it on potential acquisitions or other business combinations.

“The company is embarking on a plan to rollup small- to medium-sized companies principally in the Internet of Things space that are synergistic and where ParkerVision’s intellectual property can be leveraged to stimulate growth and create new products,” CEO Jeff Parker said in a news release.

“Our goal is to identify and pursue opportunities that are immediately accretive to our results and offer significant longer-term growth on a combined basis,” he said.

Most of the headlines generated by ParkerVision in recent years have focused on a series of legal actions against major electronics manufacturers alleging they are infringing on ParkerVision patents.

However, ParkerVision did record $4 million in revenue in the third quarter last year after announcing a licensing agreement with Samsung Electronics Co.

The company also is hoping to come out with a consumer product that it says improves in-home Wi-Fi performance.

Landstar System Inc. was one of the Jacksonville-based company stocks that benefited from Donald Trump’s election, surging over the last two months of the year to finish 2016 with a 45 percent net gain.

However, because of that big gain, Raymond James analyst Patrick Tyler Brown last week downgraded the trucking company from “market perform” to “underperform.”

The downgrade came in a report looking at the overall transportation industry after its post-election rally. Landstar’s downgrade was “mechanically based on our upside/downside case and not necessarily on any company-specific issues,” Brown said in the report.

“While we believe that Trump’s plans could spur better economic growth in the future, looking at the transport stocks today, we surmise that much of this optimism is ‘in the stocks’ at this point,” he said.

“While much hubbub has been made of Trump’s pro-growth agenda items (tax reform, infrastructure, etc.) and we do believe that said policies could accelerate economic growth, in a more near-term time frame, given the track record of Washington, we simply do not see this as a very likely outcome in 2017,” he said.

Landstar is now at the bottom of Brown’s rankings, but only from a stock potential point of view.

“We remain impressed by Landstar’s financial returns, cash flow generation, and unique, agent-based model, but with Landstar’s valuation towards an all-time high, we simply believe Landstar has the least favorable risk/reward skew in our transport coverage,” he said.

One of Arc Group Inc.’s largest investors is taking on an executive role with the company, which franchises the Dick’s Wings & Grill restaurant chain.

Seenu Kasturi last week was named president and chief financial officer, as well as chairman of the board. Richard Akam continues as CEO.

Kasturi is a restaurant industry veteran who owned 13.8 percent of ARC Group’s stock, according to a recent Securities and Exchange Commission filing. He is also a franchisee of Dick’s Wings, owning six of the chain’s 24 restaurants.

“He brings extensive financial, transactional and strategic experience to our team and will play a critical role as we continue to grow and diversify our business. As our largest franchisee, Seenu has acquired a deep knowledge of our business. This, combined with his substantial background in the restaurant industry, make him more than qualified to take on the roles of president and CFO,” Akam said in a news release.

ARC Group is headquartered in Louisiana but its corporate office is in Jacksonville.

While the announcement did not specify the cities, a McKesson SEC filing in 2015 said the Florida warehouse is in Lakeland.

The settlement was agreed upon in April 2015 and finalized last week. San Francisco-based McKesson said last week it has been working to improve its distribution procedures.

“We continue to significantly enhance the procedures and safeguards across our distribution network to help curtail prescription drug diversion while ensuring patient access to needed medications,” CEO John H. Hammergren said in a news release.

PSS was a homegrown Jacksonville company that grew into a nationwide distributor of medical supplies to physician offices.

McKesson, which provides a wider range of services to the health care industry, bought PSS for $2.1 billion.

Regency Centers Corp. and Equity One Inc. have scheduled separate special meetings of their stockholders for Feb. 24 to vote on their proposed merger, according to an updated proxy statement.

The two shopping center developers, which specialize in grocery-anchored centers, hope to complete the merger during the first quarter or early in the second quarter.

The merged company will remain headquartered in Jacksonville and run by Regency’s current management. 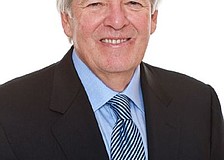 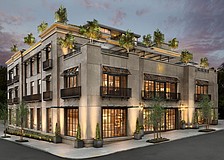