The interactive fitness company will sell bikes and treadmills.

The city is reviewing a permit application for Peloton, based in New York City, to build-out a 3,228-square-foot showroom at an estimated cost of $800,000.

Peloton intends to open at 4663 River City Drive, Suite V15. The location is the site of Tommy Bahama, which plans to relocate early next year across the street to a larger store that will include a Marlin Bar.

It will be the seventh Peloton in Florida and one of at least 75 in the U.S. Peloton said it operates 81 showrooms in the U.S., Canada, United Kingdom and Germany.

No contractor is listed. Howell Belanger Castelli Architects of New York City is the architect.

According to onepeloton.com, the company was founded in 2012 to create a new concept in fitness – developing an indoor cycling studio experience for customers to use at home.

The site describes Peloton as the world’s largest interactive fitness platform with more than 1.4 million members.

“We pioneered connected, technology-enabled fitness and the streaming of immersive, instructor-led boutique classes to our members anytime, anywhere,” says the site.

Business Insider reported Oct. 21 that Peloton was launched with a $2,000 high-tech fitness bike that enabled users to stream live and on-demand classes from anywhere.

“The bike quickly became one of the buzziest workouts around, as it had solved one of the biggest downsides of working out at home: having to work out alone and not having the encouragement of a group to keep you motivated,” Business Insider wrote.

In 2018, Peloton added a $4,000 treadmill with a streaming experience through a screen attached to the front. It then rolled out an app that costs $19.49 a month for access to workouts that can be done on standard gym equipment, Business Insider reported.

Peloton reported in its first-quarter highlights that the member base grew to more than 1.6 million and revenue more than doubled to $228 million in the quarter that ended Sept. 30.

It said members averaged 11.7 workouts a month, up from 8.9 the year before.

Peloton wasn’t yet making a profit but reported the net loss improved by almost $5 million to a loss of $49.8 million. 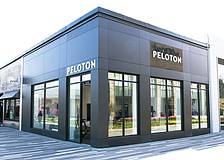 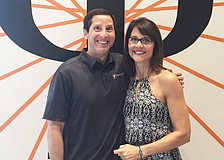 Making the change from flowers to fitness 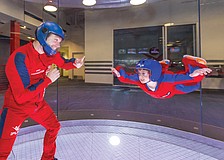 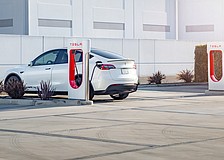 Tesla to build at Atlantic North in East Arlington 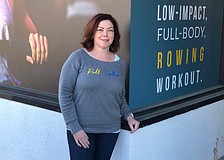