Facing disciplinary action by the Florida Supreme Court, a Manatee County circuit judge has apologized for using Tampa Bay Rays tickets supplied by a firm with a case pending in his court.

Judge John Lakin, in a document filed by his attorney Friday, acknowledged violating canons of judicial conduct but “adamantly” denied that baseball tickets influenced his decision in the case.

He apologized for his “lapses” but said he “had no wrongful intent.”

“He can only offer as an explanation that, as a relatively new judge, he was not familiar with the canons as he could have been and this contributed to his mistaken belief that he only had to disclose his use of the baseball tickets on his annual disclosure form,” the document said.

“He did not appreciate that his use of the tickets would adversely reflect on the judiciary and the administration of justice,” the document said.

An investigative panel of the state Judicial Qualifications Commission on Feb. 1 filed what is known as a “notice of formal charges” against Lakin, who became a circuit judge in 2013.

The notice said Lakin in June presided over a personal injury case in which a client of the firm Kallins, Delgado & Little sued Walmart.

A jury on June 25 found Walmart was not liable, and a day later Lakin’s judicial assistant contacted Kallins, Delgado & Little about tickets for a Rays game against the Boston Red Sox, according to the document.

Lakin used two tickets and did not advise Walmart’s attorneys, despite the case not being final.

On Aug. 21, the investigative panel said, Lakin heard a motion for a new trial in the case.

On Aug. 26, Lakin issued an order setting aside the jury’s verdict and granting a new trial, according to the allegations. 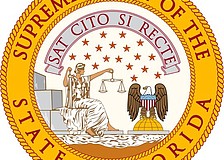 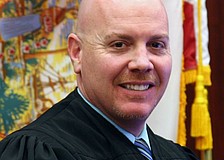 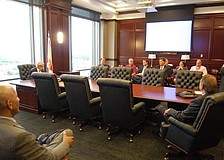 Election rules are stricter if you're running for judge

What is proper and improper?