Two weeks after the Downtown Development Review Board approved an exception, the companies are putting up two more signs on the Riverside Avenue building.

Morgan & Morgan and Gallagher can put up their other two signs Downtown on the 12-story Brooklyn building they anchor at 501 Riverside Ave.

The city issued the permits July 28 for contractor Harbinger to put up the signs at a cost of $31,250 each.

Morgan & Morgan’s name now will be on the north and south facades, facing north to Downtown and south to Interstate 95.

Gallagher’s name will be on the east and west sides.

Both companies already were approved for signs on one side each.

It issued a permit July 8 for a Gallagher sign on the west elevation at a cost of $39,500.

They needed Downtown Development Review Board approval for the other two.

A special sign exception was required because city code allows each building one identification sign per side facing a street.

The two signs reviewed by the board do not face the street.

The DDRB approved the exception July 14.

With that approval, the city issued two permits July 28 for contractor Harbinger to put up the Morgan & Morgan sign on the south side and for Gallagher to put up its name on the east side of the building.

TIAA Bank previously anchored the structure. The bank ended its lease there March 31, 2022, but maintains a bank branch on the ground floor.

It moved corporate offices before and during the pandemic into TIAA Bank Center at 301 W. Bay St. Downtown.

The Morgan & Morgan law firm is moving from the VyStar Tower Downtown at 76 S. Laura St. into the former TIAA Bank space on the 11th and 12th floors. It will lease about 51,000 square feet of space.

It negotiated signage rights with the lease.

Gallagher, formerly known as Harden, has been in the building and leases space on the 10th floor.

Harden offered insurance, risk management, employee benefits and other services to businesses and individuals in Florida. It has a focus on the health care, real estate and construction industries. M.C. Harden Jr. started the company in 1953.

Gallagher is a global insurance brokerage, risk management and consulting services firm headquartered in Rolling Meadows, outside of Chicago. 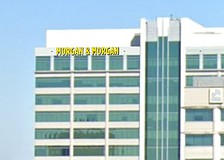 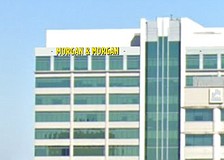 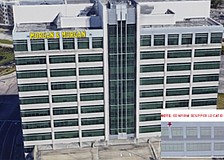 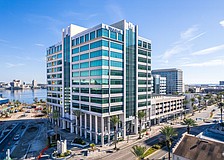 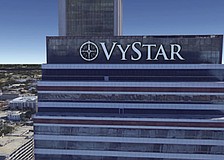