Two more senior-living properties are in review for development, adding to a growing market of care and residential facilities targeted to Northeast Florida’s aging population.

Arbor Terrace San Jose is in review for Southside at 3760 Dupont Ave. and the Canterfield senior living community is contemplated in Middleburg.

Jacksonville-based Whitehall Realty Partners LLC already has developed the 54-bed Arbor Terrace Ortega, which opened in fall 2013 and is fully occupied, and intends to open the 64-bed Arbor Terrace Ponte Vedra the first week of June at 5125 Palm Valley Road.

The 66-bed Arbor Terrace San Jose is a planned memory care facility in the San Jose and San Marco area.

John Carey, managing member of Whitehall Realty Partners, said construction on the $12 million project should start in mid-April and the community should open in March 2016.

The Arbor Terrace facilities are designed for those affected by Alzheimer’s disease and other dementias. Whitehall Realty said it will offer the new signature of memory care that includes the latest approaches to care, dining and daily engagement.

The city is reviewing a building-permit application for the $6 million construction project. Dana B. Kenyon Co. is the contractor.

Arbor Terrace San Jose is designed as a 36,555-square-foot building.

Whitehall San Jose LLC bought the almost 3.5-acre site in July from the Skinner family for $850,000.

Carey said several communities are under consideration from Charleston, S.C., to Tampa. Its website is whitehallpartners.com.

In Middleburg, Canterfield of Jacksonville LLC proposes to build a senior living community on 14.9 acres along Old Jennings Road.

Canterfield applied to the St. Johns River Water Management District for the project.

The three-story main building will be used for traditional assisted living and there will be 10 standalone buildings used as neighborhood-style assisted living, the filing shows.

Those would comprise eight duplex and two triplex buildings.

The address is a half-mile west of Blanding Boulevard at an approximate address of 3237 Old Jennings Road.

Medical Development Corp. of Atlanta is listed as the developer. Its website, medicaldevcorp.com, describes it as a family-owned development and management company specializing in senior housing and hospitality.

Allen Porter with Canterfield of Jacksonville LLC and Medical Development is listed as the applicant. He said Monday he had no comment.

Means Engineering Inc. of Orange Park is the engineering consultant and Peacock Consulting Group LLC of Jacksonville is the environmental consultant.

Medical Development says on its website that it is rolling out its Canterfield brand across the Southeast U.S. The first two are in Georgia and Tennessee.

It explains that Canterfield offers different wings that offer higher levels of care by segregating patients based on need.

A higher acuity wing will be the first floor as well as a secured memory care section. The Canterfield brand model is designed for 91 units and 93 residents.

Medical Development Corp. notes that that the population of people age 75 and higher will grow by more than 20 percent between 2010 and 2020. Also, an increasing number of people survive into their 80s and 90s but don’t necessarily need nursing care.

At least 20 senior-care or senior-living facilities are under development or recently opened in the area.

Hard Exercise Works, a Palm Beach Gardens-based chain with a location in Jacksonville Beach, is adding a second area gym at the Shoppes of San Jose.

Mark and Liz Jankovich are the owners of the newest HEW at 2777 University Blvd. W., No. 16, according to hardexerciseworks.com.

The city is reviewing a permit for contractor Keith Edward Reed of Middleburg to renovate 6,000 square feet of space at the location, a vacant restaurant, at a job cost of $132,000.

Hard Exercise Works has 16 locations, including 13 in Florida. Two more are in Georgia and one in North Carolina.

The gym focuses on basic exercise and workouts.

“Group bonding and camaraderie are formed from the duress that hard work produces,” says the site.

“Navy SEALS know this. It’s the reason why we started our business in 1991. And from that small community in Decatur, Ga., a movement was created.”

The Beaches location, at 1500 Beach Blvd., No 118, is owned by Josh and Tiffany Maxwell and Brett and Joni Howell, according to hardexerciseworks.com.

Fitness and workout centers are big business in Jacksonville. In addition to the many existing centers, at least six chains have been expanding in recent months, including Planet Fitness, LA Fitness, Youfit Health Club, Retro Fitness, Workout Anytime and Asana Wellness.

The family-owned food-service company proposes a $3.8 million capital investment at its 3807 Edgewood Drive plant, where it employs 74 people and plans to add at least five more jobs.

The addition will provide dry and frozen storage space, as well as a training and test kitchen and meeting space areas. Sea Breeze Food Service was founded in 1990.

In February, the Northwest Jacksonville Economic Development Fund board approved a $238,909 infrastructure grant to connect the new addition to the city’s sewer system at Ina Street and widen and repave Keen Road. The funding is subject to City Council approval.

The company is expanding onto a former Brownfields site. Sea Breeze plans to use federal grant funding to assist with the clean-up and remediation costs needed on the site, according to the city.

A news release from the city said the investment will be the third time in recent months the development fund board has approved funding to support local businesses.

Council approved $583,587 in funding for First Coast No More Homeless Pets to buy and renovate property on Cassat Avenue for the construction of a veterinary clinic. It will add 47 full-time jobs.

The board also approved $58,220 to HDW Partners II Inc., which does business as Church’s Fried Chicken, to build a second restaurant and provide infrastructure on Dunn Avenue. It will add 20 new full-time and 30 new part-time jobs. It requires council approval.

Cushman & Wakefield, which recently announced the top 10 office facts about the Jacksonville market, on Tuesday released the top industrial facts for 2013.

• The $14.5 million sale of the Tree of Life distribution center in St. Johns County was the highest value of an industrial building sold.

• Westside, with five leases, was the submarket with the highest number of new or renewed leases of at least 100,000 square feet.

• The second quarter was the quarter with the most leasing activity of 1.7 million square feet.

• Southside, at 26.4 percent, was the submarket with the largest year-over-year increase in the overall asking rent.

• Southside, at $6.83 per share foot triple-net, was the submarket with the highest base asking rent.

• Westside was the submarket with the highest level of overall absorption of 615,235 square feet.

• Westside was the submarket with the highest year-over-year increase in overall new leasing at 622,737 square feet.

• And the percentage year-over-year difference in total square footage for investment sales was a 40.8 percent decrease. 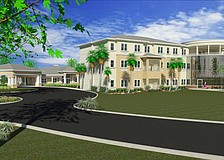 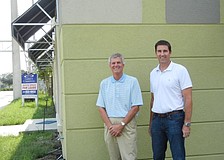 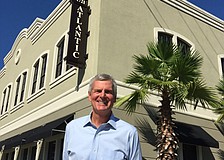