The Jacksonville Women Lawyers Association convened its first in-person meeting of 2021 on April 8 at The River Club.

It also was the first in-person address during her term for Florida Association for Women Lawyers President Kimberly Hosley, the keynote speaker.

A graduate of Stetson University and the Emory University School of Law, Hosley practices real estate law with The Orlando Law Group.

She said one of her initiatives leading the state association is to advocate for women lawyers to be compensated equally with their male counterparts in the profession.

Hosley said that since 2002, law school graduating classes are virtually half female and half male. With the track to law firm partnership usually less than 10 years, there should be as many women lawyers who are partners as there are men.

“That has not been the case so far,” Hosley said.

Citing statistics from the American Bar Association, Hosley said women lawyers comprise 47% of associate attorneys, but only 30% of nonequity partners and 20% of equity partners.

The inequity is even more pronounced for women of color. They represent 14% of associates, 5% of nonequity partners and 3% of equity partners, Hosley said.

When it comes to income, women associates make 94% of what their male counterparts are paid; nonequity partners about 89%; and equity partners, 86%.

Hosley said there may be unconscious bias leading law firm decision-makers to regard women as being less dedicated to their jobs because they often have responsibilities at home, such as raising a family.

Women also often bill at a lower rate than men, “so their contribution appears lower and there’s less income for the firm with equal hours billed,” Hosley said.

She advises women lawyers to make sure they know their value and their worth.

“Keep an eye on billable rates as you advance in your firm. It’s better for the firm when women lawyers bring in more money,” Hosley said.

FAWL is lobbying The Florida Bar for a permanent seat on its board of governors.

Hosley said that campaign began in 1953, when association members started attending the board meetings, even though uninvited.

JWLA President Cyndy Trimmer said the association will convene again May 8, when state Supreme Court Justice Jamie Grosshans, the only woman on Florida’s highest court, will be the keynote speaker. 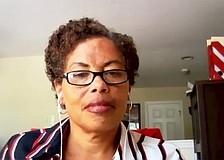 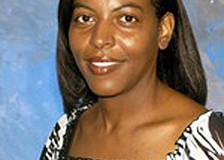 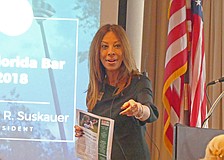 In speech to JWLA, The Florida Bar president encourages leadership 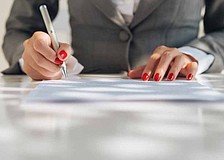 Gender Bias In The Legal Profession: 'A Reality For Far Too Many'